[Intro: DJ Khaled]
Keep your circle tight
Trust no one, nobody

[Verse 1: Scarface]
Gotta be careful who you trustin'
Be aware of your surrounding when you hustlin'
Them niggas smiling at you ain't your friends, dawg
All the real ones are dead or in the pen y'all
You f*ck with dude, he your day one
Almost had it all then the day comes
When they walking through your house with the strap out
Pointing at your head, got the bread then you black out
Bright lights down the hallways
Left his best friend for dead for the small wage
They say that every doors got a day coming
It's like he seen a ghost but he ain't say nothin'
Eyes wide shut like you looking at me
Windows pain to the soul say nigga's happy
But the pictures aint say them words and we dry stomach
The homie didnt keep it 100
The cops doing roundups, say they got a suspect
Finally got a name now, I'm still thinkin f*ck that
For money, niggas murder what they close to
Its how your families is mother f*ckin ..
Smoke you, was it worth what the life was?
Just prepared for the payback because it strikes cuz
Was it worth what that life was?

[Bridge: John Legend]
When you need it the most ain't no one ever around
Cruel world, cold world

[Verse 2: Jadakiss]
The pain's unbearable, remains unwearable
He f*ck around jump of a building if you dare him to
The greats they done already killed him, who you compare him to
Figure out what he said will take a year or two
Family over everything, skills over politics
He don't need the accolades as long as you acknowledge it
Just playing the hand you was dealt, no aces
But betrayal is worse than death in most cases
The world is filled with hypocrites, so racists
Multiple shots to the face, No chasers
Mad cause you blew up quick and you excited
Your man that you grew up with get you indicted
This was your nigga, yo
For him you let the trigger go
Found out at the trial they got audio and video
Shit don't always happen how you plan it
Get jammed up and really find out who your fam is
You could feel the picture, you don't need to see the canvas
That nigga Jay'll a Hawk you, he don't even play for Kansas
You know when it's someone you love the hurt's pure
You front tryna hold it in, it hurts more He was right there back-to-back with me, my first war
Even had a crack spot together, the first floor
Used to buzz him in, then meet him right by the first door
That was 'prolly a year before I went on my first tour
Friendship was worth more than a couple of ounces
He was 'sposed to be with me arguing with the bouncers
Instead you ended up somewhere far in the mountains
Talking 'about what we was doing, what we was counting
None but old pictures of old sixes
Old BM's with the kids, old snitches
Two sides, both wishes
Karma is the sister of life, they both bitches

[Verse 3: Meek Mill]
Lord forgive me for my sins, I was chasin' ends
And I'm into makin' money, I ain't in to making friends
Cause these niggas ratin', I ain't finna take a chance
Homie said he 'bout that action they grabbin' me take the stand (damn)
Say loyalty make a man, got a homie and he told
I don't even shake his hand, I don't even crack a smile
Knew him since a child, man this game so foul
But niggas made vows to a code I never break
Ridin' in the heavy weight
Thirty-six O's in the bird, call it feather weight
Never on time, when I show up I be ready late
Niggas got fat while we starved they already ate
And I'm trying to get full, masks on clips full
If he got the money we attack him like a pitbull
We sellin' soft, we sellin' hard like it's a brick store
On my dick, nigga, thought that's what your bitch for

[Bridge: Akon]
My pain ain't never been told
All the success that I'm suffering from
Came from this knowledge I sold
My family f*cks with me
And fought the enemy that stood in my way
That's why I dont trust nobody
And I doubt you'll ever see that day
For I surrender to you
Surrender to you, surrender to you

[Bridge: John Legend]
When you need it the most ain't no one ever around
Cruel world, cold world
The ones that you keep close will take you down
Cole world, a cole cole world 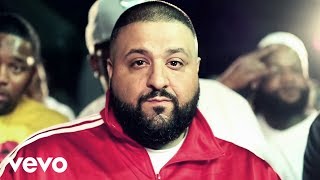