I Never Liked Ya Ass Lyrics

I Never Liked Ya Ass Lyrics

[Scarface]
Let's put an ending to chitter, nigga, see me in gloves
I'm the proof in the booth, bitch, read me in blood
It's Face at you, freezin' muthaf*ckas like a statue
I got a loaded Kay Slay pointed at you
The end of your beginning, before you even get it started
You f*cked up, now you in the presence of a heartless
Nigga, from out the gutter, spit it and don't stutter
I'm a gangsta, raise around the dope fiends and hustlers
But silence is golden, and the streets don't talk
Don't let sheets slide, 'cause beef don't walk
We attack hoes, f*ck a nigga with wack flows
I'm the last of a dying, bitch, act like you don't know
I'm the reason you niggas walk around thug
Just remember I'm the one made, you can get touched
So what you gonna put a record out, you a muthaf*ckin' sellout
Slay told me to knock your ass out

[Chorus 2X: Scarface]
And you was right, I never liked ya muthaf*ckin' ass
To start with, you know it's better get your self regardless
And Kay, bitch, you picked the right nigga to play with
Now you got a leaky' T-shirt from the kay spit

[Raekwon]
Snow white five glendin', the elevator with the crib Blend with it kid, I feel one of them Bill Clinton's
Mills is spent, still don, still rentin'
Still yacht flyin', still killin' fish, still killin' clicks
The fifth out, don't even breathe out
And ganna with the ill thieves, slick hammers, we all fam
What, pull out the four, pop the truck, see the luxury morgue
The casket leather, the python seeks your dog
Flashback, he and them Benz's lenses
Actin' like he did ten sentences, son ain't real
He got excited, parked the truck, just leaned the lighter
Twist the blunt, sat back, son beepin', we drove off
It's money on it, until them young niggas don on it
Devour the snitches, you get on, you born with it
Make a toast for hours, for all the money and power
The right division, don't never let corns get it, drama

[Fat Joe]
Pass the rock, you niggas gassed a lot
I never liked ya ass, but then again, you can't be shocked
Most feared in this rap game, and ain't for frontin'
Best believe when shit pop off, I'm blazin' somethin'
It's the J to the Izzo, you know the rest
Nigga can't get a Twiz-o, but flow the best
I've been doin' this for years, ruinin' careers
Niggas never wanna listen til the toolies in the air
It's the kid that don't be givin' a f*ck, I hold a shit outta grudge
The type of nigga that'll spit at the judge
Niggas gettin' gelled, they say I'm livin' it up
'cause I'm at Hollywood with Denzel, flickin' it up
I play the corner when the shit is hot, summer time in the X
Kay Slay got the shit on lock
That's where you go to find the God body
Second to none, unless you compare him to John Gotti, God... 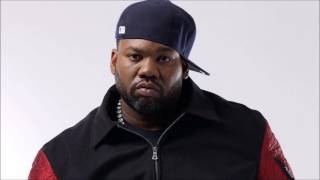