[Intro: DJ Kay Slay]
It's DJ Kay Slay, The Drama King
Hip-Hop culture started in New York City, a gift to the hoods
A voice for the voiceless
A way to express ourselves freely without violence
We ain't never took anything personal
We picked up the microphone, turntables, and spray cans and just let our talents do what it do

[Verse]
Ayo Slay
Tell 'em we off the muzzle with it, constantly go guzzlin' it
Twelve lookin' for my piece, Glock got a puzzle in it
Couldn't find the gloves had to use my mama's oven mittens
Flow like a condom, nigga's still not f*ckin' with it
King of New York, King of L.A
And I don't give a f*ck what Diddy say, my semi spray
Any time, anywhere, any day
101st Precinct on the phone, come and get me, Slay
Back on my bullshit, Zach Lavine in Jordan 4s
Certified Gangsta, me and Jones in that corner store
I tried to warn 'em, boy
Rock a Sunni like I'm from Philly, under chinchillas when it's chilly
I pop guns like Meek Mill pop wheelies
He surprised? Look at his eyes, you'd think I dropped Gillie
I drop millies on double Rs and Bentaygas
This what mama not bein' able to pay the rent made us
Me and my niggas ball like we top 10 players
By the time the feds start lookin' for us, we in Vegas
And your bitch with me, we off the Henn', faded
She gon' think her p*ssy got kissed by 10 Jadas
I'm the nigga that you hate and don't know why
I'm the nigga ops shoot at but he just won't die
Still got 25 million I can run and grab
Ubers got dashcams, we shoot 'em and we jump in cabs
Straight to Noble, eat sushi, have fun and laugh
If the waiter see me then she know to keep a runnin' tab
Long as the summer last, I gotta keep a gun to grab
'Cause after Covid, all the razorblades is under masks
My niggas air out the club then we Damon Dash
In the same PT Cruiser that nigga Stunna had
Puffin' on a blunt of gas just to talk about a Verzuz with 50, tell Swizzy, "I need a hundred, cash"
Winter comin' fast, niggas gotta eat though When money on the line, I'm like a Steph Curry free throw
Goin' the f*ck in, Dior shirt tucked in
Can't see me now, couldn't see me with Young Buck and them
Shoutout to Lloyd Banks, album go hard, nigga
Tell Curtis to give you one of them bulletproof cars
You supposed to do your squad like Yo Gotti do 'em
Therefore it's still the Unit long as I can still move 'em
And I been runnin' my city since Eazy died
Got niggas from Cedar Block that'll kill you for Yeezy Slides
Got niggas from the 60s still mad over Nipsey
That'll give you 60 while you stagger out the club tipsy
Niggas from the jungles that don't miss sit outside your crib for a week without sleep and won't piss
Eses'll snatch your kids out they room
Fly 'em to Tijuana, show 'em to you on Zoom
I climb out the tomb whenever Kay Slay summons
And if I'm on a tape, it's doin' O.J. numbers
My demo tape flow, yeah, that old Bay gunner who wrote the Timbaland beats inside Dr. Dre Hummer
Tell 'em the blaze comin', it's a hot boy summer
Might f*ck Kim K on a Waverunner in Wave Runners
Throw it on the blogs, ain't shit they can take from us
We both had the west on lock for 8 summers
I'm tryna bubble like the Gap this season
All the cap niggas sneezin' got me strapped this evenin'
J. Cole got a nigga wantin' to rap this season
Lil Durk got niggas wantin' to trap this season
So my Cincinnati hat is to the back this evenin'
Black MAC I'm squeezin' at your back this evenin'
Blap-blap, set the traps for the rat that's squeakin'
How they kill D-Thang but 6ix9ine still breathin'?
This new rap shit ain't for me
And if I die, no murals, don't paint for me
But the last time an op nigga came for me ended up in a body bag, it's the aim for me
'Cause I'm the nigga that you love to hate, King of the Golden State
Roc Nation brunch, make mine like Hova plate
Draco in the Marathon hoodie if I show my face
60 plus bars, get it? Hustle and motivate
Nip
Explain lyrics
Correct lyrics 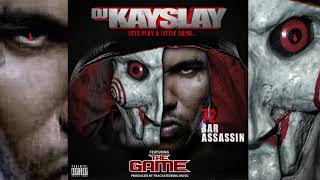