From Protest To Resistance (conflict) Lyrics

From Protest To Resistance (conflict) Lyrics


No, there's no f*cking way that anything's going to
change, it depends on you
And you now!. We can protest till death, they won't
listen, don't sit back
And think It will happen. They won't give up what they've
robbed, stand up
And resist.
But the leaders have caught on, we see that they've
prepared for civil war.
Wehile on our side we squabble about who does what and
who sells more
There's women with Just one reason, to fight for their equality forgetting
The system holds superiority.
First we've got to come together, so f*ck the
differences, It doesn't matter
If It's noise or music to them WE ALL talk piss. To them
we're the sick farce
Now let's prove them right. If we're to stand the
slightest chance, we must
Unite and fight, We must never give up, make sure our
message ain't forgotten
That's If they won't f*cking stop, then we're gonna
f*cking stop them! 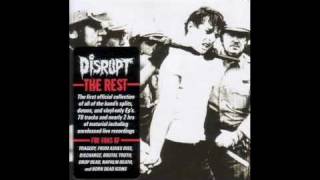 check amazon for From Protest To Resistance (conflict) mp3 download
these lyrics are submitted by kaan
browse other artists under D:D2D3D4D5D6D7D8D9D10