All About The Abes Lyrics

All About The Abes
Diesel Boy
Lime Green Waltz Of A Dissapearing Girl 3's & 4's Voyeurotica True Drew She's My Queen The Continuing Misadventures Of Generation X Superhero, Slackerman Tangled Up And Blew Happy Street About A Girl That Don't Want Me
Diesel Boy wiki All About The Abes video Diesel Boy facebook

All About The Abes Lyrics


Born in the Hills Beverly in '63
Only son of a rich mom and dad
But dad was a jerk and mom did not work, it drove him mad
When mom and dad died, late last July
He got the house and the plane
And now he just laughs and smokes his coke all day
From New York to Tokyo
Its all about the dough
Its the coin, its the cash, its the currency stash
Its the money that keeps us goin'
The streets of Brooklyn are riddled with crooks and
Dope dealers who don't give a f*ck
Its all about hustling and scheming and making a buck They rule the block with one hand on their Gloch
Its the ghetto that keeps 'em in
But they don't have a chance, its the same circumstance in the end
He passes the years from atop his John Deere
Surveying the fields from above
Its not much to some, but he's happy to do what he loves
Its been apples and pears, and a hundred state fairs
Nothing more than a quiet, simple life
His only regret is he never found time for a wife 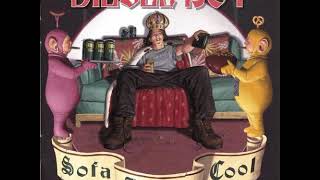 check amazon for All About The Abes mp3 download
browse other artists under D:D2D3D4D5D6D7D8D9D10
Record Label(s): 1999 Fat Wreck Chords
Official lyrics by