When The Sun Goes Out Lyrics

When The Sun Goes Out Lyrics (feat. Roger Ballen)

Of course, I'm afraid of dying, everybody is. Everything on the planet is afraid of dying, whether it's a dog, whether it's a mosquito, whether its a turtle, whether it's a cat, everything's programmed to survive. Everything doesn't want to… nothing wants to die, everything's struggling to live. I guess humans, but I wouldn't necessarily say this for certain, are maybe most aware of the fact that they're going to die, and I guess that makes the whole journey a lot more difficult, more complex, and more challenging than perhaps what goes through an animals mind but I wouldn't say that for certain Well you know I'm certain certain people who came into contact with me during my life will remember me, there is no doubt about it, and as time goes on less and less people might remember me, unless what I've what achieved in my art has some sort of eternal meaning to it. It's always impossible to judge whether this will happen or not happen, it's… it's… whether it's just chance I guess, maybe skill, maybe chance, whatever it is that you have uh... a following that goes beyond your own life. But ultimately I guess, they say everything will disappear, and I guess the planet might disappear when the sun goes out
Explain lyrics
Correct lyrics 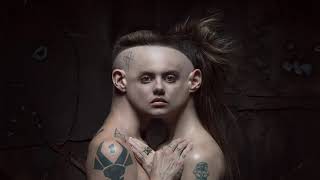 check amazon for When The Sun Goes Out mp3 download
these lyrics are submitted by itunes1
browse other artists under D:D2D3D4D5D6D7D8D9
Songwriter(s): Yolandi Visser, Ninja ZA
Record Label(s): 2020 Zef Records
Official lyrics by