In a huge glade, in a far-away kingdom, wizards and witches prepared themselves for the great ritual.
The moon lit the dark valley and the landscape seemed to live of a lunatic and morbid flame.
Villages asleep, the kingdom of the prince hipnotized, the forest devoted herself to a strange dance.
A circle, in the centre, the wizard Volgur!
They devoted their body to the witchcraft, the unconquered souls to the pagan gods,
their victims' souls to the spiritual strengh.
Volgur was the chief of the convent, he was the spirit of the incantation.
Over the dark candles, the master of the observation.
Torvien, the shepherd, incarnated the air. Garsdol, the stone-cutter, the earth.
Monenguard, the foul, the fire.
And Orphul, the hermit, the water.
They both feld in the strengh of the kingdom.
This night was called, the Pagan Rite!

Paganism will rise again. Future no longer be trusted. Christianity no longer be faithfull. I am thy master, I rule you!
Strenght I call you in your darkness, I feel the need to use you in the future.
Dreams and astro-trips have told me to prepare the pagan strenght against traitors invasion.
The earth and the air, the water and the fire, Pagan Rite. 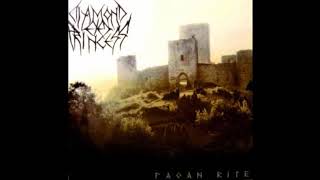 check amazon for Pagan Rite mp3 download
these lyrics are submitted by kaan
browse other artists under D:D2D3D4D5D6D7D8D9D10