arlin - Sooner or later the people in this country are gonna realize the government doesn't give a f*ck about them. The government doesn't care about you or your children or your rights or your welfare or your safety, it simply doesn't give a f*ck about you. It's interested in it's own power, that's the only thing, keeping it and expanding it wherever possible.

I see the truth in lies, music let you see it through my eyes.
Its do or die, kill or be killed - choose your sides.
I may just shoot the five, or maybe shoot the five cops
cruisin by my block rockin suits and ties.
I lead the likes of freedom fighters full of foolish pride;
pale horse close as you and I since William Cooper died.
Unified front, guns to the sky drunk,
screaming at the top of my lungs YOU ONLY DIE ONCE!
Livin on the edge, mission torn to shreds,
pigeon on the ledge, had to snitch and warn the Feds.
But I was born and bred to give the blind some higher learnin
And the tides are turnin like a drunk drivers tires swerving.
This aint no quiet sermon, see Im an Irish German,
Genes spliced with Tyler Durden, fightin till I die for certain.
So take a look into my eyes, youll see the fires burnin
And afterwards lets reveal the guy behind the curtain.

While Bush throws the horns of Satan,
I see the war hes wagin, like he owes a
mortgage payment to some oil corporation.
And what my daughters facin
makes me wanna stop rhymin
And start stock pilin glock nines and rock climbin.
Corrupted presidents, disappearing evidence,
The symbols that could represent the future in the present tense.
I tried to talk to God from a crucified position,
But then I lost my job, now Im losing my religion.
Some alcoholic slob on a suicidal mission,
Against the odds, nothing to lose but my conviction.
And to you politicians livin in your fathers shell,
I hope you rot in hell, sharing Geoffrey Dahmers cell.
I hope he eats you while youre alive and gotta yell,
And your fate repeats eternally on stage at Rock the Bells.
So everybody else can get a taste of retribution,
When Generation X is laughing through your execution.

Now is not the time for picket signs,
Or letters to your senators and etc.
If you love your children, if you love yourself,
Youll throw down the f*cking hand thats dealt,
And cut the puppet strings attached to your life.
f*ck it! See you in hell motherf*cker! 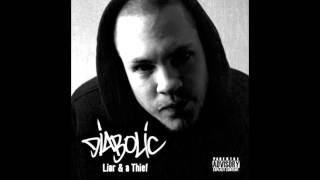