Death-wired To The Bleak Lyrics

Death-wired To The Bleak Lyrics


What inspires the candle burn
When its fire dances for our visual pleasures?
- The energy of life in the air and in oxygen.
We remain as long these examples exist.

Wired to the life
In the middle of the bleak
There is no retreat when our nations collide.
We will enter the orifice to die

[Chorus:]
The war in peace and the peace in war;
Yet darkness in light and light in the dark
THE ORDER OF CHAOS IS THE HIGHEST OF RULES.

There will never be the time For additional death nor demise.
The bleakness is our weapon of life and death.

If I was the great explosion - I'd cincider the abortion of earth
For life comes and it goes
It comes and it goes.
But doesn't stand still
It won't give a shit if I am collecting the dust
Satan of salvation.
This is just a coma
That appears from nowhere
The world of senseless ESP.

We are death wired to the bleak
...And time will never stop? 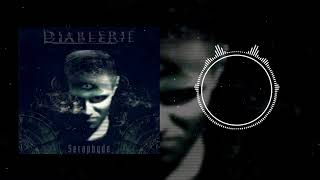 check amazon for Death-wired To The Bleak mp3 download
browse other artists under D:D2D3D4D5D6D7D8D9