Listen, I've been drinking
As our house lies in ruin.
I don't know what I'm doing
Alone in the dark
At the park or at the pier,
Watching ships disappear in the rain.

The world's just bones.
The world is black stones dressed up in the rain
With no place to go but home-
Just like Nance.
On a night like this, why, she's pro-stars, pro-sky.

Please remove your spurs.
Come to think of it, remove your antlers.
Haven't seen you for ages.
I still fly into rages at the mention of your name,
Christine White.

I think about you often, off in the desert,
Laughing your head off in the Forest of the Night.
Say a prayer for the light.

So now I live well. I live in the mine.
I'm still slinging mud at the towers all the time.
I took a walk
And threw up in an English Garden.

A ransom note written on the night sky above
Reminds me what-in-particular about this wine I love.
Like a punctured beast, better-off dead,
Compliments going to my head:
La-da-da, la-da-da!

And speaking of my mind (the Sunflower),
And speaking of a world turning sour on you,
I was twenty years old in 1992.
I was bathed in golden sunlight, alright?

You traveled light (all night, every night),
To arrive at the conclusion
Of the world's inutterable secret,
And you shut your mouth. 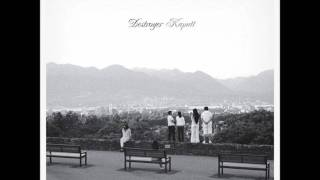