The lords are enslaved now the fear of metal come
The cannons of noise will explode, the damage is done

(Note: For the NERDS... No this song is NOT about
Hilter or any of your politics bullshit! If you don't
get the joke, f*ck off. This song is about banging to
heavy f*cking metal and having a good laugh. We don't
give a f*ck about Hitler. f*ck off if you don't have a
sense of humour. - Demoniac) 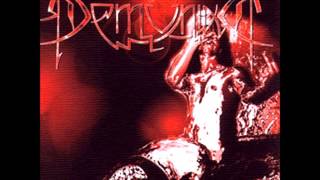