Slaves of suffering, pain and symbols
Wanting to part with gread desires
Consciousness doesn't allow to stand in place in peace
To touch the destination with a favourable wind
It's a journey into the abyss, journey to the past and
future
Statues chiseled out of tatters of nothingness
In the circle of pictures, hope and mercy There comes utopian rest
Being above don't look down
Being under don't look up
Estimate rythmically your own space around
Don't go beyond the barrier, that's fake
It starts with a storm whirling thoughts
Results in anger, it's the start of the fight
Remembrance of the defeated, cult of heroes
Are the save the spell 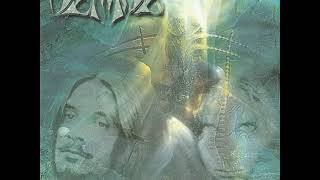 check amazon for Utopian Rest mp3 download
these lyrics are submitted by kaan
browse other artists under D:D2D3D4D5D6D7D8D9D10