Natural disasters are sweeping all over the earth
Killing innocent children, parents and devoted ones
Their holy God doesn't fall a tear for that shit

[Bridge]
Afraid of death, instead of faith.
Holy hazard… God doesn't save.
Come on and look around
Don't you hear the f*cking sound?
Some people don't care
'Coz they live over a whole plate
Other ones over great fails
Pray to avoid an earthquake 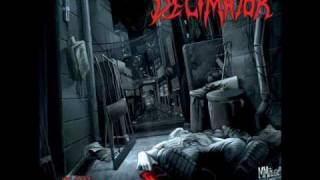 check amazon for Earthquake mp3 download
these lyrics are submitted by kaan
browse other artists under D:D2D3D4D5D6D7D8D9D10