Billy McCoy was a musical boy
On the Cruiser Alabama he was there at the piana
Like a fish down in the sea, he would rattle off some harmony
Every night out on the ocean he would get that raggy motion
Start that syncopated motion lovingly
No one could sleep way out there on the deep
When Billy cut loose out at sea

(release)
Each fish and worm... begins to twist & turn
The ship goes in a dip and does a corkscrew turn
You see that smoke so black sneak from that old smokestack
It's floatin' right up to heaven and it won't come back
Now here and there you'll see a stool and a chair A-slippin' 'round the cabin sayin' I don't care
Then the hammock starts a-swingin' & the bell begins a-ringin'
While he's sittin' at that piana... there on the Alabama
Playin' the Oceana Roll

England and Spain, it was always the same
He'd be there at the piana on the Cruiser Alabama
Every mornin' noon & nite, he would keep it up with all his might
Every time he started playin', all the boys would start a-swayin'
Everyone would keep on sayin' Don't You Stop
Sailors take care, oh sailors beware
For bill will play on 'til you drop 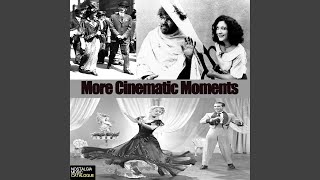 check amazon for Oceana Roll mp3 download
these lyrics are submitted by BURKUL4
browse other artists under D:D2D3D4D5D6D7D8D9