On West B Lyrics

On West B
Dear Ephesus
Big Brother Pinning Dreams Ocean Deep Blue Day Looked For In The First Place The Absent Sounds Of Me Simpleton Walks A Woe ... And Nobody Thinks The Morning Sings
Dear Ephesus wiki On West B video Dear Ephesus twitter

On West B Lyrics


Well I used to be a young kid.
A really dumb kid.
Racing bikes around the block for the neighborhood props.
In Wyoming yeah.
Was it all that bad.
There's a crazy bald woman wearing winter clothes.
In summer wonder what she wears when it snows.
And I'm really scared.
Really really scared.
The next door lady's been giving me stares.
I'm setting firecrackers off in her mailbox.
Because she made me mad.
So she'll have to pay.
You will never see me on West B street.
The cat lady's still singing you won't see me.
No you will never find me on West B street.
Because the neighbor next door she scares me on West B.
Well now I swore to the officer he ran this way. But there's no footprints in the snow today.
And I know I'm caught.
Brother's bawling his head off.
But what can you say when you're only nine.
It's just one broken window to pass the time.
And it seemed so cool.
But no one else was smiling.
Now the twins down the street are in another fight.
I think the one with the bullwhip will win this one.
And they're running hard.
Right through my yard.
Well here is how that story twists.
Somehow I became their nemesis.
Now I'm on my roof.
And it's starting to get dark.
I had planned for years.
My escape was clear.
It's a long walk man.
But it's beautiful to be here. 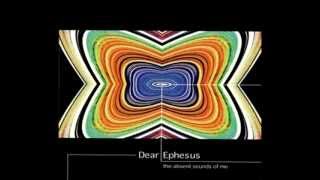 check amazon for On West B mp3 download
browse other artists under D:D2D3D4D5D6D7D8D9D10