[stic.man]
you got to watch what you say in these days and times
It's a touchy situation, lotta fear and emotion
september 11th
televised world-wide
suicide planes fallin like bombs from out the sky
they wasn't aimin at us
not at my house
they hit the world trade, the pentagon, and almost got the white house
now everybody walkin round patriotic
how we gon' fight to keep freedom when we ain't got it?
you wanna stop terrorists?
start with the u.s. imperalists
ain't no track record like america's, see
bin laden was trained by the c.i.a
but I guess if you a terrorist for the u.s
then it's okay
uh huh

[m1]
they try to make us think we crazy
but I know what they doin, they tryna put us back in slavery check it, to get on welfare you gotta get your fingerprints
soon ya gotta do eyescans to get your benefits
now they got them cards to swipe, ain't no more foodstamps
shoulda seen it comin, now it's too late to get amped
and everything got a barcode
so they know what you got, when you got it, and what you still owe
you seen them projects, lately you better watch it
why they got us surrounded if money is the object?
why they use satellites to keep track of the criminals?
why they puttin jails in schools, is it subliminal?
cameras everywhere to protect us from one another
or is it the undercover, disguised as big brother
and even freedom of speech is limited
mad leaders done spoke up, and look at what these crackas did

[m1]
and you ain't got to believe me
go 'head and listen to bush
the dope pusher on the t.v
what you think the war is for?
cause the greedy wantin more and more
we be hustlin the corridor
I would never join the military
one soldier to another, nigga holla if ya hear me
goin out to the best sons and daughters
don't be a lamb gettin led to the slaughter
I'ma keep ridin when my momma released
cause ain't no stoppin us now, dawg
freedom before peace
ugh
they got a plan for us?
we got a plan for them
and this time we gon' win
who in? you out? you in?
no doubt, we men
ain't no ridin the fence
It's called self-defense
It makes sense
when they tell us we gotta shackles on our brains (say what?)
I'll be damned if I sit here and let them put us back in chains 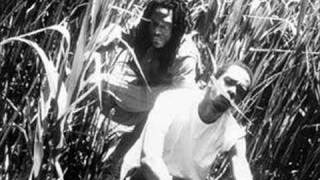 check amazon for Know Your Enemy mp3 download
browse other artists under D:D2D3D4D5D6D7D8D9D10