And, and bass up the track a little bit
'Cuz I, I'm here I wanna hear that boom bish boom, knowhatI'msayin'?

Yeah, yeah, you know the bizness
Common Sense, soul with the De La
Get all them playas
We the rhyme sayers

Huh and that's the bizness, hah
Gonna do it like this
Gettin' it hot
Like the Chicago streets

I speak divine of God theories, no need to be high
Always exhale the facts 'cause I don't inhale lie
Play the greater man's game, to bounce off my losses
So I can earn the acres, the houses, yeah, the horses

Of course, it's much greater than your Benx or your Lex
The engine to my comprehension is just too complex
Much too complex, EFX be live like Das
Making moves down South, to avoid the chaos

And never flaunt the coin 'cuz dime-getters be gazin'
They call me Luther Van, they say my style is so amazin'
I'm fazin' those who're supposed to have the last laughter
'Cuz even when I'm gone, I'm reappearin' in the after

I haveta send respects to real money makers
Do not connect us with those champaign sippin' money fakers
Taste the quarter pound with spice from Chi-town
Now what that prove, you're so full, you can't even move

'Cause I'm the D to the O, the V to the E
And can't another brother cook these delicacies
Well I'm the P L U, the G to the One
Walk around the planet earth, making money, having fun

In fact I get more hoes than Tessa, peep game like a
Refa-ree in soul control of my
Destiny, in the best of three out of five
Whip anybody ass at NBA Live, rappers

Take a dive like Greg Lougainis with his bitch-ass
Rather be in Bebe's alley, than at the click with gators
Not a hater of the players, I'm more like a coach or an owner
I used to love her but now I bone her

At one point in rhyme, I thought I lost my erection
But then I got it back with the resurrection, blessings
Upon rhymes, old man who called him traitor
Big Com Stradamus, niggaz, styles I predict

I'm the C to the O, double M O N
I sit and think with a drink about how I'm gonna win
And I'm the D to the O, the V to the E
And can't no other brother cook these delicacies

I'm the most from the coast of the Eastern flav'
Droppin' more knowledge than litter, on the New York pave'
It's me, wonder why, in the place to be
Certified, as superior, MC

While others explore to make it hardcore
I make it hard for wack MC's to even step inside the door 'Cause these kids is rhyming, some timing
And when we get to racing on the mic, they line up to see

The lyrical killing, with stained egos on the ceiling
My rhymes escalates like black death rates
Over musical plates, being played as the rule
Kids thinking, stepping to the Soul, you're labeled fools

Who claims to drop jewels but for now you do the catching
I don't worry on what crew you run or what section of earth
You reside, you're not even a man
So I don't deem it mandatory, taking your pride

But I will 'cause my man says, ?Soul for the life?
You cried, "Keepin' it real", yet you should try keepin' it right
That's understanding microphone mathematics
Which leaves the currency in temporary world status

And when one shows, he posed threat to this one
This one will make that one into none
Simple equation, zero, you shouldn't play hero
If you can't stand strong like the island I'm from

Now I'm the P L U, the G to the One
Walk around the planet earth, making money, having fun
Yeah and I'm the C to the O, double M O N
I sit and think with a drink about how I'm gonna win

Ah, that's how, that's how I'm supposed to do my thing, huh
Like triple it, alright
That's how we do it, all the way from Strong Island to Chicago
The type of freestyler flow
Yeah, it's fluent and we don't need to flow no more

Let me tell you a little something about Soul, tell 'em son
I be a piece of the East coast, so give a toast to
Plug Wonder, why back in the day who soaked his words in jigga
So when I ran a phrase in June, you didn't catch it 'til December

I'm a member of them kids from the inner city
Giving you kitties audible treats, you be aching for making
More money than a pagan holiday
Not from the PJ's, yet I still got something to say
Explain lyrics
Correct lyrics 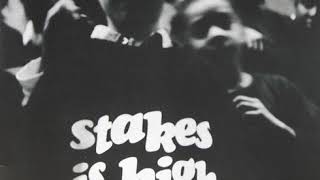