Delivered by night to a foreign jungle
Fighting a war you don't understand
Intense, it's kill or be killed
Who are you fighting for?
Scared, your mind is in shock
This is no drill, the threat is for real
Run, there's nowhere to hide
You're better off dead than captured alive
Ambushed at night, a bloody massacre
You're still alive, the lucky ones died
Intense is the pain of our wounds
Who were you fighting against?
You won't be living for the rest of your life Missing in action, say goodbye to your wife
You've got chains on for the rest of your life
You keep hoping for rescue but they'll never arrive
As years go by
Thoughts of escape have left your mind
You've come to accept your sentence
Of life in this prison of vines
Don't think of home
It only makes it that much worse
They torture flesh
But it's your mind that really hurts 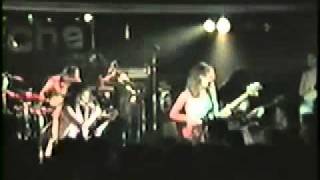 check amazon for Mia mp3 download
these lyrics are submitted by kaan
browse other artists under D:D2D3D4D5D6D7D8D9D10