For No Good Reason Lyrics

For No Good Reason
Dawes
Fire Away Million Dollar Bill One Of Us Take Me Out Of The City Love Is All I Am When My Time Comes Who Do You Think You're Talking To? God Rest My Soul Give Me Time Peace In The Valley
Official page Dawes wiki For No Good Reason video Dawes twitter Dawes facebook

For No Good Reason Lyrics


A little girl sinks down in the deep end
and looks up towards the sky,
and through a little blue world of legs
and her feet that look like their in flight
in a slow motion dance while the water expands
the Sun's refracted light
she just has to pretend she can hear the music

His wife asked "How were things at work today?"
as Bill walked through the door
and put his coat on the chair and his keys on the table
and his eyes down on the floor,
and he tightened his jaws and he thought of the cause
and effects weren't clear anymore,
figuring out how to say what's wrong He said "I know that I'll be leaving you,
that's all I really know,
but I wish I could tell what exactly compels
me to turn my steps and go,
because there's so much love that you've given me,
and so much love that I owe,
it's with myself that I can't seem to get along"

An actor was found dead today in his Culver city home,
and with no evidence of foul play it seemed he'd acted on his own,
the position of his body looked like he was reaching for the phone,
makes you wonder who he was gonna call 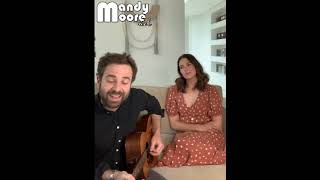