The battle of the giants was raging
The Earth tried to free from the Ice
Who had taken her to his deadly embrace
And shunned her from all light
The Sun rose and set a million times
In the southern horizon
Before he felt pity for the Earth
Decided to save his beloved one
The warm rays of the Sun laid upon the Earth
Ice began to melt - waters flow
So withdrew the Ice northwards to a land
Where aurora borealis glow
In time were water dried
Still was the Earth desolate
No life, no growth but one tree
Suffering of Ice's winds' hate Of the seeds of this lonely tree
Grew a forest and another and another
The landscape changed to blue and green
Lakes and forests became brothers
Although winters were cold
The land survived and filled with life
Wolves and bears wandered in woods
Not threatened by spear or knife
At a dawn on a hillside climbed a two-legged creature
Wrapped in a hide and carrying a sharpened bone
He watched the land and its beauty
This was going to be his home.......
(Music: Teemu
Words: Teemu)
Explain lyrics
Correct lyrics 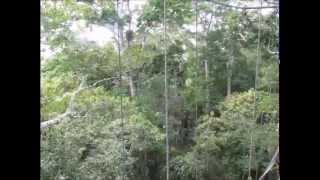