[Intro]
“Don't worry, I ain't gonna hurt you
I need you to drive me on out of here”

[Verse 1: Benny]
What you see me in, I had to trap for it
Bounced 300 grams off the backboard
I'm really in the streets, it's not an app for it
I got up and took it just ‘cause I ain't want to ask for it
You're f*cking with these rats, so y'all niggas useless
We're street niggas, I'm judging you by who introduced us
8-balls to quarters, half, then was deuces
The bricks, y'all just coming with grown man excuses
Nah, I ain't jumping on no bandwagons
In the yard doing pull-ups ‘til my hands callous
Fendi belt, but my pants sagging
All my lil' mans flagging, look like my watch took dance classes
Yeah, so all the bitches admire us
Hustlers who made miracles with them kitchen appliances
I can tell a killer, and I know you puss
I'm sending hits, got my bishop laying on your rook
Ah

[Verse 2: Dark Lo]
([?] open)
They're running like a track meet
I blew his head off when I sat in the back seat
Blood got on my face, I wiped it then went back to eat
I gave you classics after classics, say thanks at least
Running tiger for the party, I think I'm Meech
Used to running niggas' pocket if I think they're sweet
The most bodies in the clique, [Skinny Me]
Wash the money if it's dirty, feds think it's me
I got on sweats and [?]
He said they're hating, I said “f*ck ‘em, Benny”
Gun store, I re-upped on plenty
You hear it roar, that's a Hemi
You hear the lick, that's a gimme, was locked down, that's a memory
My shirt a rottweiler, my wrist a sky dweller It's the Goodfellas, OBH and Griselda
Nigga, you's a failure, I play the shotgun, I'm like Elmer
A month later, they'll smell ya

[Verse 3: Benny]
I went and found a new connect and got a better flow
Carlito should've killed Benny, but he let him go
He pulled up, thing banging at the train station
Y'all niggas know the play, Griselda, OBH

[Verse 4: Dark Lo]
I can't wait ‘til we run to him
I'm moving weight, I should run a gym
I'm out [?], I'm with Stun and Slim
Let the mac stutter on your brim
Benny and Lo, what's popping other than them

[Verse 5: Benny]
I'm riding with it in the Impala, she wit it, a rider
I back out and turn this bitch to a getaway driver
Yeah, he doing 10, but he said it feel like a L
He called the homes saying break him out of jail

[Verse 6: Dark Lo]
I reed up, I'll probably break the scale
I'll turn you breaking news, I ain't even lift a nail

[Verse 8: Dark Lo]
The mission got completed, opposition got deleted
We did it for the streets ‘cause we know they need it

[Verse 9: Benny]
Fiends coming 6am and we're still open
I just put my gun away when it's still smoking

[Dark Lo]
You see
It was a beautiful day outside
It was like 20 of y'all niggas in front of the store
I pulled up all aggressive
Hopped out, windows down
Left my keys in the ignition
Went in the store, came back out kill money
Wanting a nigga to say something to me
I had the new 40 on me
I wanted to test it on one of you bitch ass niggas
But y'all stood down, smart
OBH, Griselda, bitch ass niggas 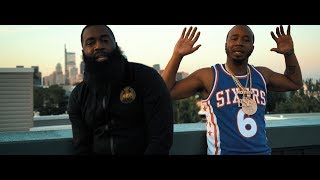