They don't know a, thing about me x3
Coz they don't know a, they don't know a
They don't know a thing about me, don't believe a thing about me, coz they
Don't know a, they don't know a.
U don't know but u were the least, the one that was first to charge ya, but
They don't know a thing about me, despite what they say, at the end of the
Day, what u expect was wrong and stupid, can't decide which side ur on, I'm
Assuming, it's time they learn a thing about me, so here's the truth, this
Happened full of fire, fire.
Who that I can be, is prooved nearly honest, and I don't wanna sing no more
So ima switch is 5, 4, 3, 2, 1, filled to say some shit and tight on my skin,
And there's so much to adress, tell me where the f*ck do u begin, I think
I'll start with my community, when I see cameron I should grab him by his
Neck, and raise him up, like a uneevee, how can his greedy bastards put our
Tax in their pockets, f*ck an MP that just stands for maximum profit, aint
My fault I'm from a jungle where them animals love to smoke me, hit the can,
Chase the dragon and die slowly, middle fingers to the system tryna hide The fact that where povety driven I should take bones to a road trip, take
Him to a track, stick him ina hat, show him how to plant trees cook crack,
Now that's a dog share, that's y he aint in court, we love NFA, I'm glad I
Smashed a papparazis camera off the floor, today that's rockstart shit, they
Don't know I'm living a life, but the money couldn't change me, that's y I'm
Still on a hype, I'm just a man with a visa, used to know tulisa, I don't
Know about fazer but I've been banned from a veedo, I do my laundry in
Public, I tell the boss when to stop it, I can put my own strings go shove
Ur dick up a muppet, the only time ur in a hood is when ur wearing a
Jumper, every man u see around me's been around since I was younger,
They're the only ones who will call me when I never had another, so it's on
Ur right, I made the balance look like a phone number, I'm the type of
Sacrofise getting richer just to help a brudda, and if I could I'de kiddnap
Every undercover, I used to smoke cheese, getting B, try me I'm a burger,
f*ck a wrap I sent it from me I get the burger, 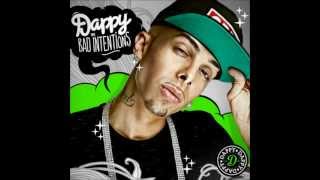