I specialize in snatching vertebrae. break your anatomy down to a, call
Me atomic sensai. aka b.j. mckay, and his best friend bear will hit you
With shirley murdock and you can sing as we lay. what you gonna do,
Nothing cause you pootay essay, the one that prince saw wearing the
Raspberry beret. enter va., so my super can perform dismay. you'll be a
Boy, in a man's hood, looking like trey, getting faded, like the redbone
From zhane, think you tough in leather I'll rob that a_s like runny ray.
You that nigga that was with jade still trying to walk away, but I ain't
Finished, hey hey, don't make me call you like (weeezaaayyy!!!!)

A yo it's me, the m to the a to the d, skillz ripping drum fills and i
End it with a z. I'm nice on the mic but that ain't hard for you to see,
This rap thing I got locked, I swallowed the key. now peep the stee,
Cause since the year of 93 I've been known to eat, chew, sh_t, stew an
Emcee. quite frankly, the day that you'll see me, is the same day you'll
Dunk and jump from the top of the key. reside on northside but see
Sometimes I be, getting biz at the crib of lonnie b. & and; a.d.
Recognized from japan all the way to nyc, still feel funny when I see my
Face on b.e.t. till the day I die and have a preacher yelling over me, i
Wanna be known for representing va vicinity. I shake rapper's off like i
Do after I pee, get it clear "from where? ? ? " the debut c.d.

It's hard for me to understand why! people wanna test me when they know
They're gonna die. me oh my, why they wanna try like a sister with no
Thigh trying to do the butterfly! i, say bye bye like guy, then dive Into your a_s buckaroo banzai. dry your eye, please don't cry, I sing a
Lullabye before I sting you like a horse fly. of course my, style will
Make you testify. I bet you fry like a pie on an electric eye. f a sword
I ain't no shang-hai samurai, but in your boti boy head boom bye bye.

Yo! every since a brother went solo I've been known to grab the
Microphone and kick the willie bobo. far from so-so when it comes to sex
Even your ho know. we did it to-to style for an hour at the hojo. here's
A photo of her sucking on me like a rolo, and in this one she was
Cumming or either thinking about some go-go. I turned your little ho
Into a dancer like jojo, or maybe like donnie, poo poo and fo fo. it's
True-yo. I am a little vicious like cujo, cause I keep three glocks in
The trunk of my peugeot. mess around you'll be missing like that crew
Called menudo. they wouldn't find you if they searched from mercury to
Pluto

U = kalonji the immortal

I'm talking to the letter u, as if u were a person, on an abstract
Avenue where I construe. the vowel moving u, into, an accented zoo,
That's making you go ooooh. you, be trying to find styles like a clue,
So I left old ones on the floor like residue. see what you saying now,
To me ain't nothing new, you got a glass jaw making this style see
Through. my brain is a point of view holding knowledge unseen like cats
On a oriental menu. kalonji the immortal, styles continue, to stay sharp
Like a tuxedo dressed gingsu. to who, is two, or more too much of a
Crew of true friends who be super like glue. if it's you, don't argue,
Cause I'll still pursue to move the vowel you asked me by saying was
That you? 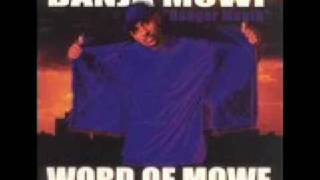