It was two years after New kids hit the charts
Six years after Madonna stole my heart
It was TLC on the radio and ...
"Stop-Hammer time"

Chilli peppers sure could rock
And Kidies made the covers with the help of a sock
I turned down sports for Faith No More
While Slash fed his snakes with blonds from the tour
Bababadabababadabababada...

Vers II
Jeremy spoke in the class today
When the smell of our youth got portrayed
By the man with the voice and pain inside
Ah, f*ck that shit, rest his soul-Nevermind
In my shoes there were room to grow
So I got real high after a pumpkins show
Sure as hell I miss my past
And when I think of it now I smile relaxed (Chorus)
We listened to "Would?" and made out in the car
I took the shit when you dad found out
You were my first and you gave me your heart
Alle I gave you mine...It was 1992

It all made sense with Body Count
The first one to speak were the words came out
And I sang along to "It's a shame about Ray"
When I found you-I got laid... I got laid 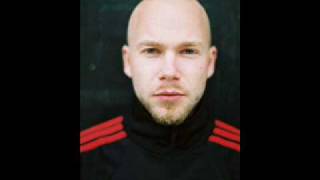