Tell me your secrets
I promise I'll keep it
I won't judge what you've done, shit we all got our reasons
And I won't gash you up, call it just how I see it
You've been lied to so much, don't know what to believe in
I was just like you, felt stuck like you, out of touch like you, a lost one like you
I ain't saying I'm found, more like we in this together
We prepare for the worst, but still 'gon pray for the better
I be gamblin' round the globe to turn my finesse to my flex. They ask me how I do it I just tell them I'm blessed
Gave everybody my all, gave myself what's left
Put my heart on my sleeve, ice box on my chest
And you'd do the same, I realize, just understand that love is blind
But I really wish that I could call you right now, so I can get through to you somehow. Instead of ridin'

If I tell you my secrets, do you promise to keep it?
Don't say shit to nobody?
f*ck I, I really need it This the land of the free, I'm feeling pretty unequal
Gotta go get this money, f*ck all that root of all evil
Branch out from many niggas that be killing my vibe
Stay away from gossip girls they be drilling my hide
I been dying to live, cause we living to die
Let me fall back though, keep my feelings inside
Like how you take all your emotions switch it in for some pride
Wish we could take all this money trade it in for some time
Only see what's ahead, only need what's behind
I ain't got my shit together but you see that I'm trying
My old girls, they turn they face up at me, they toss they purses and their makeup at me ay
I ain't trippin', promise that it's fine
That's why every time I'm riding, I'm riding 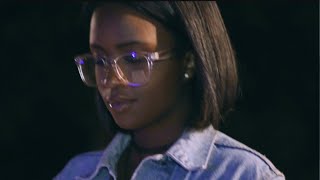