People tend to hate that they must fear.
Strong is the urge: (to) destroy the beast that’s near.
They join forces up in town;
Children, women, men, then starts the hunt. It’s…

so much different,
bears no innocence.
Object of ridiculed,
denied intelligence.

An outcast animal,
anti-artificial,
threat to the aboriginal,
a nameless violence.

A vile atrocity,
accused of sodomy,
a walking leprosy
from outer ’barf city’.

They stab it with pitchforks and cut off its hair For driving the people to helpless despair.
They wipe that Belzebub’s smile off of its face,
Drag its corpse back to the ’aryan race’.
They spit on its body, blast all that remained,
Burn its ’fine’ skin, oh, the evil is slayed.
They’re free from the creep, now they’re free from the
sin.
Never in this town! The devil’s not in… Ahh!

Black is the savage and dark was the past.
Finally all people can halt and have rest.
Protect the children, don’t give ’em the chance.
The spirit of the savage will not rise again. No! 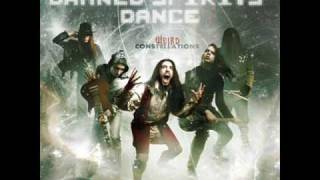