[Black Thought Speaking]
And yes y'all, you now rocking with the best
Black Thought from the legendary Roots crew in the flesh
I split up in here with the brothers from the Marley family
Creston--we gon' say it for y'all

[Stephen Marley]
She loves to party, have a good time
She looks so hearty, feeling fine
She loves to smoke, sometimes shifting coke
Hey...she'd be laughing when there ain't no joke

[Verse 1]
Cause coke was a thing that once she first try
Was once a blue moon to once a blue sky
Now she's wondering who else wants to go buy
She don't got no money and wants to get high
Story sounds familiar,
Like born to be wild but she sillier
Not quite the same, but she similar
A waste of my sarsaparilla
Used to look good in the videos, now she look hideous

[Black Thought]
Check it out
She keep her head up in the space like a satellite
Because she got an insatiable appetite
For staying out late nights with all the parasites
Plotting on a way to cop a little piece of paradise
Her dignity the only thing that she could sacrifice
Just get the monkey off her back and she'd be back in line
Five minutes she stay on the move,
She'd done smoked up the stone that the builder refused All coked up alone, she ain't even in tune
And it's sad cause she ain't really have a reason to use

She was pretty girl
Cleaner than the Board of Health
Studied and enjoyed herself, I don't know what drove her to avoid herself
Destroyed herself and took a taste of the yay'
And now she on the track, working while she wasting away
It's safe to say, she looking for a someplace to stay
Who ever got a little paper to play
Can get a slice of this...

[Verse 2]
For no reason a seasoned splif was the first thing
One spring season while she's out flirting
Now she season in and don't need rehearsing
Esteem get a beating, life is uncertain
Ego need feeding, now the wants worsen
Beneath the demons she's a warm person
When she's not fiending, swearing and cursing
Behind the curtains, she's really hurting
And while her people don't even trust her at home
The dealer dem grin and cook the rocks down
And she without sin will spark the first stone
The feeling kicks in she's in the dark zone
Old friends walk pass going 'bout their own
As if she is someone that they don't know
Then the King of Kings lift her off the floor
Saying, "Life is a thing when you learn you grow." 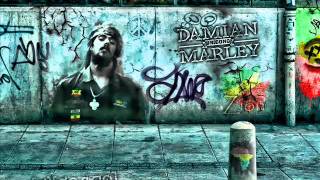