Where The Party At (so So Def Remix) Lyrics

Where The Party At (so So Def Remix) Lyrics


[Jermaine Dupri]
Ah, Remix
All I see over here ain't nothin' but a lot of honies lookin' for man
And niggas with a lot of money, bottles in they hand
And short shirts, honies tryin' to show that slow (show that)
Lined up tryin' to get through the velvet ropes
'Cause over here when the jam drops everybody bug
Standin' on the couches like this our club
Got the Bacardi and Cristal mixed in too (yeah)
Knowin' in the morning I'm a feel the blues (uh huh)
Now the jam keeps droppin' and the drinks keep comin'
and the girls keep talkin' to me (talkin' to you)
I mean shit straight poppin' everybody jumpin'
Makin' it hard for me to leave (oh)

[Da Brat]
All you gotta do is call me
and I'll come runnin' to where the party at
I keep a fat sack in the backpack
So what's happenin'?
In every city I'm rappin' in
If it's a after splash I'm the last cat in
Get in, purrin' tight like virgin
Like snow, flurrin'
The party begins when the slurpin' ends (oh)
You do me I do you
Spend a night with boo-boo
Let's have a private party for two
But it's gotta be pumpin' in order for me to get cream
Runnin' to the border for Colombian's green
Studyin' horniculture
My green thumb keeps them water vapors twistin'
I freak until I cum
I keeps it number one

[R.O.C.]
Uh, uh
Now here we go, how 'bout another shot of henney?
I heard the apple martini happen to help plenty
Mami ven aqui, the party's over here!!
But the hustlers, gangsters, thugs is over here!!
Get wit' us (why?)
We true ballers like the Sixers
We all hoppin' out of sixes
Mines is black, Jermaine's is champagne
Jagged Edge in the blue, black and pearl white and gray
What a sight to be seen (uh)
So So Def's the crew I thought you knew
It's a beautiful thing (so beautiful)
I mean there's nothin' like us it's true
The sun could retire if the rocks we got get any brighter
WHOA!!
Once the man and the game that I kick begins
My nickname is ESPN
Now if ya jewels is blue and ya goose is gray
Mix in the O.J. and let's party away

[Nelly]
Show me where the party at dirty, someone with me
Strike there about one thirty, never get there too early
Commin’ as is (eh), do-rags and ten’s
I’m rollin’ fas is (eh), this little jagged benz
With the Rolls not the one wit the stim, the one with the rims
The one that seems to make more enemy’s than friends
I’m slidin’ in past those, fo’ eyes closed, mo’ on Rolls, folk charms rolled
With the S-O, S-O, D-E dot F
Buyin’ bottles & bottles til there ain’t nothin’ left
I’m quick to go left, I blaze with no refs
My jazzmode an def baby show me the clubs
I’m like…aye where the Bacardi at
Mix it with the Cris baby what's wrong with that?
We in the V.I.P’s twisted
Down right stiffed it
Two way shit, boo it make like you missed it

[Lil' Bow Wow]
O-H-I-O
Yo, this lil' cat got girls
Cat got flows, roll up in the party, snuck in the back door
I don't mean no harm, I just heard it was rockin'
Let me party witcha 'til the cops come knockin'
I'm tryin' to see what all the fuss about
Bounce a little bit before they put me out
I'm like the sun - this lil' cat got beam
Got girls 21 wishin' they was 14 (haha)
That's the affect that this phenom
Bow Weezy
When I do it I do it like it's for TV
They might come close but you and I both know they can't see me
I'm a So So Def representative
Young niggas in the game they was born to live
And we do what we do, we don't talk no smack
And we always know where the party at, bling (bling bling)

[Tigah]
Man I rip flows, get dough everytime I rip shows
Rip hoes, when we mash out in Chevy's and fours
Niggas know they ain't heard it like this before
Whenever we pull up on the strip they like "Oh!!!"
Chickens know me, hundred dollar mac and shorts
Tank tops and Polies
If it's 'bout cash, I'm gas chick, I'm on E
On e'rything
Me and Jagged, everytime we hit the club
This nigga's off the chain!!!
You can believe that
And if you don't, come on down here where you can see that
Anything you wanna be, best believe I be's that (oh)
Where the G's at?
Where the keys at?
Where the 22's on them SUV's at?
Gotta have that from the do'
And gotta get me some mo'
Man you think I'm goin' on a groupie, no
Spot me with a fifth in the velvet room
Crown Royale while J.E. spit this velvet tune
It's over (over)
Dough 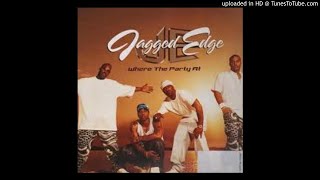 check amazon for Where The Party At (so So Def Remix) mp3 download
these lyrics are submitted by kaan
browse other artists under D:D2D3D4D5D6D7D8D9D10