Fa All Y'all Lyrics

Fa All Y'all Lyrics

I am..... quick to pull the trigger quick to pull your card
Hard late for the boulevard
It's Da B to the R A T with the bump
Sendin good vibrations from the trunk to the front
Of your ride (ride) where I live that's what they like (like)
So that's what I give
Somethin for them fools when they crawl and creep
And creep and crawl, it's fa all y'all
Well..........

(Verse 2)
Now that Da Brat's in the house yo the house is packed
Guys and girls everywhere with a hump in they back
As I sling my funk like a vodoo moose through the hood All Fa Y'all cause everything is good
Now..... lay back listen to the phattest
Listen to the baddest rhymin apparatus
At a status you ain't got to check
Cause y'all knows that I definitely gets wrecked
So, uh

(Verse 3)
Gotta give thanks to the funk when it's time to pray
With some fine ass dank now it's time to play
That shit from that ghetto ass bitch me be
B to the R A to the T
Just niggas and bitches on every side
Waitin for the chance to get funkdafied
And all they gotta do is learn the words of this anthem
I'll grant them if you can chant them
Like everybody else..

I promise to funk
The whole funk
Nothing but the funk 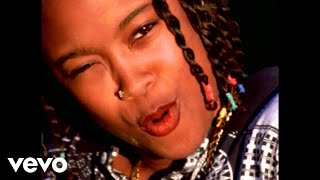