At Night
D.P.G
You're Jus A B.I.T.C.H. Party At My House Coastin There's Someway Out Gitta Stripin Here We AreGo Killem Treat Her Like A Lady We About To Get Fucc Up Work Dat Pussy D.P.G.
At Night video D.P.G twitter

[Daz]
Smokin bomb, feelin loaded, forty yappin, smoke imported
Servin (?) fat as boulders, got a (?) on my shoulders
Homies robbin homies, on point with the po'-po's
Sellin white snow pure yo, twist a little bit just to get a lil' mo'
We had the ground, we bagged a round, crack, money in stripes
I lay you down, let niggaz know that we ain't no f*ckin joke, niggahhh

[Kurupt]
The nighttime's, the right time, family and pride
Personally known for the way I, spray and ride
Silent if I, silent is the way I glide
Money'll make a nigga shift a pistol shoot to the sky

[Daz]
Nigga let's ride! I love it when the sun goes down
Nigga get chopped down, get gunned down

[Kurupt]
Run down, run around, and shot down
Popped down glocks in full pound surround
Get the homies together and call the shots, fallin on baller's blocks
Smaller and smaller knots, alcoholics lookin fo'

[Kurupt]
I put holes in the air and turn black to blue
And I don't give a f*ck about puttin holes in you
The midnight strike, the killer strikes the streets at night
Imitation Doggs on scope and it's on on sight (nigga) [Daz]
Murder killin robbery, mayhem
Assault with the deadly weapons equals battery
I be down with the tragedy
Catch a nigga slippin, shoulda known
Nigga one-eighty-seven ain't shit but a misdemeanor
(If you ain't knowin - they ain't knowin)
Niggaz dyin unexpected, and they knowin
(They don't know) Niggaz tryin to make it echo
but it's showin (they ain't showin) little bitches on the street
straight hoein (straight hoein) you ain't knowin (thought you knew)

[Kurupt]
Overblown, got'n'gone, the song zone, at the zone shown
Time and time again it's on, Vietnam again
Napalm set-trip, coast-trip, post and get
tripped on, blastin f*ckin chippin niggaz out the f*ckin dash
What the f*ck is this? Niggaz is the luckiest
Strike and spray, e'ryday all day around the way
I lost my homeboy last year, nigga shed his last tear
Comin through to blast shit, I knew I'd catch his ass crip

{Police! Police! Up against the wall} 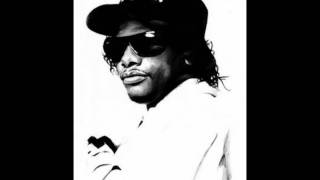