[O.C.]
Majestic, double-breasted, shine like diamonds, illustrious
Rainbow glow, charismatic, my crew's the fattest fans
Strung off the rhyme time like a cocaine addict
Who the f*cks says otherwise? My skills incognito
Test me son, I turn evil
Old school, Wallaby type, Sugar Hill grill
Laid back, relax, like I hold a mil
Paradise seeking, lumps of cheddar, I consider
While the bass go BOMP BOMP to live better
I dream of pushing vehicles, three or so
At times I dress b-boy, at times b-bo
Duh-duh-duh stutter shit, I still say the butter shit
Sharp on the mic, I bring out that box cutter shit
D-I-T man, you know who the f*ck we are
Back cats conbine with niggas that's D.R.
O.C. hold it down like I'm drowning a man
Home run hitting chicks grand slamming 'em man

Yes, we're internationally known
To drop a hot poem on the microphone
Cause we get stupid, I mean outrageous
Running through your town kid, tearing down stages

[Fat Joe]
Don't get it f*cked up or twisted, Joey the Coke's about to rip shit
And end your existance in an instant
For instance, I got button men to rack in instants
Inflict pain, step back, Paulie the dentist
The root canal, governments trying to shoot me down
For calling Uncle Sam's bluff in the Boogie Down
Tax free, a visit gijante, is who backs me
A made man who plays better with Pataki
You ask me, "D.I.T.C., what does that mean?"
Diplomatic Immunity when we Taking Cream (Roof!)
Enterprise, take a look into these Spanish eyes
Cabrini Green the color of a man that vanished dies The man disguised in American rides
Well Armageaddon's bumping coke and drinking Ides
I slide, beep the horn on the 525
Ass we passing 'em by we toss the peace sign in the sky

Yes, we're internationally known
To drop a hot poem on the microphone
Cause we get stupid, I mean outrageous
Running through your town kid, tearing down stages

[Big L]
Ayo I gotta get the cash, gotta get the dough
Gotta put it in my stash and lay low
Honeys used to walk right past years ago
Look at me and laugh, they thought I wouldn't blow
For real son, it's a new rebel in town
Playa for life, picture L settling down
Whenever I'm around, on your girl's face is a smile
Never copping out, I'm taking all my cases to trial
You knoe my team's the best, you've never seen me stressed
I be extremely fresh in the green GS
Crusing dumb slow fronting with the gun in my lap
So keep running your trap and I'll put one in your cap
I got the street game and weak fame, I won't buy it
Niggas be thinking about sticking me, but don't try it
I know you work, boo, but take a week off
So we can sneak off to a hotel and freak off
Fellas be jealous because I be going places
I got some open cases but I'm a beat them because I'm holding papers
I'm at the dice game headcracking while you rolling aces
I keep a stack of them new 100's with the swollen faces

Yes, we're internationally known
To drop a hot poem on the microphone
Cause we get stupid, I mean outrageous
Running through your town kid, tearing down stages [x2] 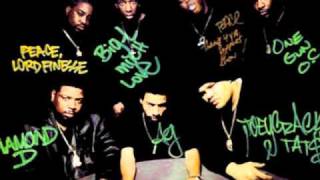