[Verse 1]
Wicked-minded and kind-hearted
Aiming for entertainment, then you picked a fine target
Nothing normal or regular here
In a world of rectangles and squares
Regular spheres are what I've grown to revere and respect
They neglect the rules and lines drawn
Mid-chaos boss, they managed to find calm
Met with a kiss of death and managed to find time
Sex with a chick is next to perfect when mind's young
Idolize a single moment of pleasure
Cohesive in the sheets, let's keep this moment together
And if I make you leak, promise me you'll pull my lever
To release all of the feelings that I suppressed indefinitely
Effortlessly my mind travels to times past
Finding revelation at bottom of wine glasses
All I had in my pocket, a condom, a dime, chapstick, and a pad
Travel the city when lines pass, that's free

[Chorus]
Paid too much for that, get your money back
Kickin' back, sippin' up on some Honey Jack
Full glasses, it's 'bout to be a mummy wrap
Off the Honey Jack, Honey Jack

[Verse 2]
Clear for the turn up, brown for the mellow
Cinnamon for the punch, stir it, call it Canelo
Don't take shots, just pour a glass and let go
The third one'll probably have you bent like an elbow
Since in the ghetto
There's a liquor store on every corner
It's easy like tea in a kettle
Caffeine dreams, model chicks in stilettos
Mainstream love pull your strings like Gepetto
Jell-O backbone, she wax on, tryna shine When she only hit your line for good times and Amaretto
Good wine is cool, but that whiskey'll have you feelin' old-school
Record spinnin', Chopin on the cello
Delorean, way ahead of your time
Sippin' some shit that settle your mind rather than have you laid out
On your knees at the porcelain throne prayed out
Don't overdo your fade, all that kind of shit is played out

[Verse 3]
Pour me up a drink, pour me up a drink, nigga
Bitch, I'm in the mood, f*ck 'bout what you think, nigga
Ho, I'm who I'm is, f*ck 'bout what you ain't, nigga
Your shit is easy, I do just what you can't, nigga
You bent if you think I ain't straighter than a plank
And if you wanna push the issue, say it in my face
And I promise I won't dismiss you, I'ma entertain
For a college nigga with knowledge, I'm a bit deranged
They thought a nigga left the hood and chose a different lane
I left the hood to rearrange how we approach the game
But that exposure got me feelin' like the odds is stacked against us
Systematic oppression, we just servants indentured
Politicians retire while we work 'til we in dentures
They kill our black heroes and then just give us one Avenger
Wakanda forever, my nigga
More like pour me a drink, I wonder what kind of liquor

[Outro]
And on the saxophone, we have
My big bro
Terrace Martin 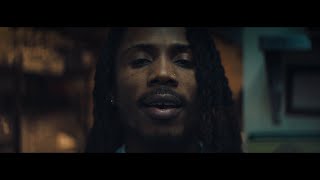