[Verse 1: Gerald Walker]
I've been making moves all across the atlas
Shit been getting lit like a book of matches
Made it off the block like I'm Theo Ratliff
Staying focused, I don't do distraction
Sharp as a knife and I'm always on point
Nigga I be thumbtack-in, yall dumb tacky
Think twice if you're trynna come at me
About my action, don't understand nigga? Read the caption
BCG lieutenant, OSAT music captain
I keep it cool, while I sip a brew, point at you I'm laughing
These niggas in this new era man, all they do is cappin
If I said I'll bag it up, man I don't do the bragging
I could never be Hollywood I don't do no acting
Yall way too average, touch anyone in my Cypher or Clique
I'll be pulling string like I'm Eric Clapton
f*ck a audience, pull up in that Audi with tints looking tense
Hop out and just commence with the clappin
Oh this shit can happen
Feel like Lebron in 03 when he did his shit in Akron
Hungry like a nigga fastin
This pouch ain't got shit to do with fashion
Boss like I'm Hugo, múltiple numero uno
Stacking my paper tall as Manute Bol
Going all the places I guarantee nigga you won't
All because I do the things that you don't

[Verse 2: James Major]
I'm bout to put a lot of shit out on the streets like eviction notice
You kids are hopeless, looking broke, ribs are poking
Learned to take the high road like the bridge was open
Cause I'm hungry, remember when the fridge was broken
I ain't playing no games, I don't get the tokens
Leaving rappers with the blues like the kid was loccin
We put it all in motion, me and my guys' accelerate
Challenge anybody from a heavy to a featherweight
Plays in another state, we knock down doors
That's why they lobby for us like ground floors I produce hot shit, you love the sound board
When I listen to yall record yall niggas just sound bored
Food for thought, give you a full coarse meal
Just a welcome to my life, what I spit all real
Making moves like I'm A.I., you ain't gotta question it
Niggas take shots, don't forget where my weapon is

[Verse 3: Relay]
Built Ford tough, it's nothing to dodge challengers
Cannons flash, I'm a Nikon on the camera
King Arthur of authors, lemme break into character
Sharpening my sword, I'm writing with Excalibur
The rap Gallagher, leaving niggas on Catharas
They trynna password, well lemme bring out the captcha
And now there's different women on my calendar
So if my ex is in the equation you know I'm talking algebra

[Verse 4: Mic Anthony]
I'm the best in my city, like f*ck your committee
These niggas bitching, cause they wishing while they looking for pity
I deal with lazy niggas, crazy niggas, f*ckin shady niggas
"I just started rapping causue I'm bout to have a baby" niggas
You want a feature? Best believe you gotta pay me nigga
Think about the locals, I'm rapping better than 80 niggas
Still trynna be a star n shit, but they ain't even going hard n shit
They still performing at the bar n shit
I'm international, locals be thinking rational
So if you ever see me, believe me nigga I had to go
I don't do it for the wealth man, I do it for my health man
I do it for the belt man, you do it for a health plan
I think different, I'm magnificent
So Ima take advantage of everything that we living in
I want the fly paper, I'm like hi hater
Came into the game, shook the city like a vibrator
Explain lyrics
Correct lyrics 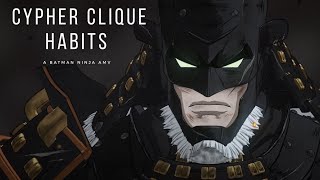