I am Phallaxor The Matter Lord
Master of war with plasma swords
Massive in form with acid pores
Mad for the taste of your planet's core
Gnashed in my teeth and I plan to hoard galaxies worth
I'm a savage
Bored, naturally - because the lack of sport saddens me
I'm a galactic force!
Who dares to battle when standing before me, renders you halved?
When I warp through parallel paths to distort your atom's order
The Galaxian Matador, dash at me
Within a flash you'll see packs of me
That'll be swarming within an asteroid storm
Here is your last chance warning, then I won't ask no more
Did you get that?
Then I'll hit you with that celestial bitchslap

Perpetual impact that your mind can't shield
Weighing in at a gillion parsons it's Zarcon Steele
Tentacles tatter your tissue, till torn, tender to the gristle
The pitiful pray for the victim, I evict the veins of the victor
No matter the matter you're made of it contains the brains that I make haze of
Thoughts you're thinking you thought are those brought to those that I make slaves of
The pecs your appendage's pump is the hunk of flesh that I make caves of
Imprint the pattern of Saturn across your face like its make-up

You better wake up!
You speaking of Saturn - you late much? If you're reading the data it's eight months till you see where the flash and the rings of my championships came from
Now you want light-speed?
Say what?
There is no one like me, Likely, so it doesn't take much
If you're taking up space and you're in need of a weight cut
I'll sever your tentacles, then I'll make 'em a paintbrush
Staining a blood moon
Creative within one swoop - parted in four
The Cosmic artist of war, you could say that I was Sun Tzu
Plotting the gore
One-Two!
You can hold my weapons, I'll punch through your core defenses
Then I'm shattering your orbital bone
While knocking the solar wind out of your solar plexus

You're outta your mind, this marble is mine
To break into dust and do as a line
Or roll it with space and lace it with time
Right after I separate you from your spine
I'm here to perpetuate your demise
I savor the hint of hope in your eyes
When I'm done I'm sticking my dick in a black hole and creating the sun
To shine down on your grave from
Wherever the f*ck I came from
Pimping this planet from day one
Your earth chose me
Zarkon's so far gone in your galaxy balls deep
Weight of the world, fate has been hurled
Too close within arm's reach 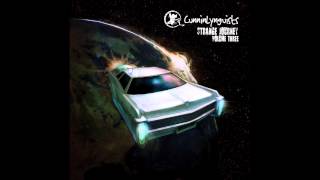