The Devil Went Down To Hip Hop Lyrics

The Devil Went Down To Hip Hop Lyrics


The Devil went down to hip hop and he was lookin' for another soul to snatch
And even though his bag was overflowin' with rappers from the past
You know he wanted more in his stack
You see the devil was greedy and he needed more people
To heed to his name and start leavin' the steeples
'Cause he is so evil and very deceitful
He feeds on the minds of the ones who are feeble
So he made his way through the rap game (Rap game)
Lookin' for a name that doesn't have fame (Have fame)
Then he strolled across an independent man writin' rhymes in a bar with a pen in his hand
And he devised a plan for his eternal soul
We go bar for bar, we go toe to toe
So he walked up to the one that they call Crypt
And put a gold microphone to his lips and he said

I bet you might've guessed it but I am quite the spitter myself
I spent a lot of time writin' rhymes and let's say in Hell there's a lot of help
I got half the rap game sold in exchange for some fame and wealth
And I'll offer you the same thing boy and that's the deal that I've dealt
And Crypt said:
Do you one better, you can keep everything that you just mentioned
But when I win this battle, leave that microphone at my feet and begin your descension
I'm not like the rest of these rappers that you promised fame and shiny jewels
You've done lost to a God once, now it's time to make it 0 for 2
Round one, you better come with the best punchlines that you've got
Second round you gotta put it down, we gonna bring the flows and just chop
Round three, you better bring the speed if you choose to go for that gold
'Cause if you lose the devil gets your soul (Hahahaha)
The devil tapped on his microphone and said, "I'll start this show"
And fire flew from his putrid lips as his words begin to flow
He said, "Don't you worry son, I'll be sure to make this one quick"
Then the instrumental played and the Devil spit somethin' that went like this

'Bout to burn 'em, no Hiroshima
Y'all don't want that smoke, call it emphysema
So you really wanna battle? Tell me what the point is
When your raps need work, f*ck unemployment
Heads goin' up like I'm knockin' 'em out
You don't get the picture like private accounts
Really no biggie, no rockin' the crowd
I said there's no Biggie like Pac is around
Get you a coat because my flow is polar
Spit it so cold that hell itself done froze over
Like an unplugged toaster, you ain't got no heat
The last time you battled a God you spent eternity up in
A hell hole, no bars like a cellphone
That was owned by a broke hoe who can't pay those fees
Now you're battlin' me, the madder MC
With those initials standin' for mission complete
Spit that flow but Lucifer deliver and
I've been that dope and you've been never gettin'
No conversation, I'm an abomination
A little wake-up call, you are not the greatest
This asshole doesn't care what you say
When I bust you'll be dust
When I rap that flame
Grab your tail and rip it off like a weak nail
Impale you in the ass now the devil's in the details
Nice try but they can't compete
You gotta pick it up a little but the man's a beast
Whatcha plan to beat? The man comin' with the rappin' heat?
I bet it's boutta be a fast defeat
If you think you're winnin' this battle, the answer is nada
How am I supposed to be afraid of someone who only wears Prada
Your honor his father should've beared a condom to stop him
But now I'm on and slicin' through this beat like I'm a katana

Came here to kill it, pursuin' the mission
To body the beat and put you in submission
Get split like vision ain't no homie hotter
'Cause my flow is divine like some holy water
Wanna be the best you don't got the patience
You will never be the topic of a conversation
When I spit it's acidic to any foundation
Makin' all hell break loose with my loud bass thuds
You will never win, you got the weakest talent
Just standin' back while I'm wreakin' havoc
Better ready the hearse when I deliver the verse
I put the fear of God in you when I send you to church
Got the power y'all can't control
I'm the devil of rap I've been snatchin' souls
I'ma give you a riddle and you can betcha get slowed
You done lost a fiddle, time for that microphone

Come and get it with a faster pace
But knowing any no competitor will crack the case
And bash your face come follow in the path of things
And bitch you better get ready to feel the wrath of pain
Got 'em lookin' like a bit of a joke
And lookin' like another rapper that I'm finna provoke
But I can't be stopped when they give 'em a dose
You really wanna beat the Devil, bring a different approach
Everybody wanna compete but go fail
I'm a demon in the shadow of the streets I dwell
Come get a better look at all the beats I melt
You are dealin' with a D-E-V-I-L
Get 'em pulverized, step back and I blow your mind
They got a rhythm and the flow divine
But no surprise, I win, you better close your eyes
And now the battle's won, bitch, your soul is mine
Stop, listen up devil
You don't wanna battle me with speed, I practically invented a crypt and I can't be beat
So grab a seat, when I rap this heat
You're not imaginin' what is happenin'
I am actually battlin' half ass and I'm ravagin' your wack ass on a track
And if you tried to rap this fast you'd have an asthma attack from the lack of breath that you have
And I'm goin' savage mode and yes I know rappin' fast won't give me the gold
But hold the phone, listen close
I delivered the punchlines a couple times when I rhyme, fast or slow
I ain't permittin' the boat
But you just flow with the beat and stay surface level
I done dug so deep that I found a new devil
So if it came to a vote about who boasted the most and who is the more talented musician (Uh huh)
The answer is me 'cause I'm a f*ckin' G who OD'd on the talent that was God given

The devil dropped his chin 'cause he knew that he had been beat again
He rapped as fast as he could but sacrificed substance and could not win
Then Crypt snatched the microphone from his hands and said, "I'll be takin' that
And turn it to scrap 'cause now you know that gold doesn't help any motherf*cker rap and that's a fact"

And that's where this came from
That's tough
Yeah Shaq, that is tough 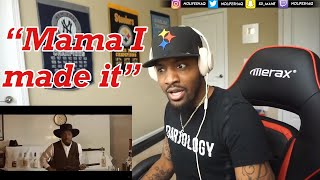 check amazon for The Devil Went Down To Hip Hop mp3 download
these lyrics are submitted by LyricsVIP1
browse other artists under C:C2C3C4C5C6C7C8C9
Record Label(s): 2019 Crypt