See Through Their Lies Lyrics

See Through Their Lies Lyrics


I can't forget what seemed like yesterday
the memories of war they just won't fade
see through their lies
the years i
was there, it seems so far away
everyone tried to ignore it, saying it'll go away
it never went away, no matter how much
we pretend
the lives that were lost, the wounds will never mend
see through their lies
the living envyig the dead, many
will never know
it's hard to believe in a cheap thing called hope
slept under mosquito nets, we used kerosene lamps i
remember the discomfort, the air was so damp
see through their lies
at times i couldn't even breathe cos the nights were
so hot
i remember scratching my arms til they almost bled
they kept telling me war never hurt anyone
it's all part of
life, you got to take ir if you want to be strong
see through their lies
they were only lying to themselves cos the war is
still goin on
and my heart sank for past that's gone 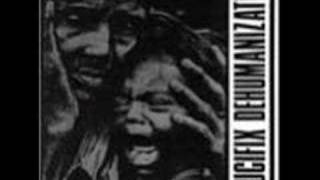 check amazon for See Through Their Lies mp3 download
these lyrics are submitted by kaan
browse other artists under C:C2C3C4C5C6C7C8C9C10
Record Label(s): 1983 Southern Records
Official lyrics by