I'm bout to explode
I don't know when I'm gonna go, I got so much been on my mind
Every time I look around, I try to prevent going down
From locked up or even dying

I can dig the problem
I can see whats going on, its a f*cking warzone
With the thieves in the hood don't look good
Never ever thought she could jump off like that now
O.G.'s done backed down, you eased a step down
Everybody wanna have the crown
Every breath you benefit the sin
We gonna have to keep fighting them mugs within
Now it is killing before whats killing you niggas that started out friends
You win, the wrong for what you doing
You need to start snatching, kick out the mob
Can't show no love at all, don't even turn back
Anyway homie wasn't all that
If he was real he wouldn't even have caused him that
I hum to Allah, I'm wanted by far, and he disinfected that
So long I been known, don't think its the law in the loves of loves
In a positive demonstration
That we could never conquer shit and defend no more

High-Tech young niggas with a little scratch, could be richer
Hustling to make enough to buy the shit I need
Like a bag of weed, I was blind now a nigga see everything
Brothers strapping up on this thang, timing's off, feel the pain
Let the hood done laid out, shits way out, no way out
Murder to the lunatics, them the tricks that was talking that shit
Took the test to the brain, rip em' off, vest off, pull the mask off
Smoke that bitch, what a mess
I suggest, we suggest, f*ck each other up
Look into the mind of a Flic' born westside
Mount Sainai in the flesh bless my
Niggas with the bottle, get the top
Then pour out the back door when its war
Armor to your brothers stay clean
Watch your back young brothers I mean

My hood is burned up, and burned up is my hood
We ?kicked bout' a foot?, don't own a hood
I took too much then too much, now I don't know where to turn
Or who it may concern, life and death all I've learned
I've earned my respect in the hood, but the shiesty still pulling moves
You a man for the man, thats another point he was trying to prove
Got your own mind, might as well use it for yourself Cause you'se your own man to the right, to the left, all is well
And it's one thing I believe in, don't ever leave and retrieve
Killers jumping off by the evenings now
97' just another hunting season
Niggas in it 6 feet deep and no reason dying freely
Why?

Back in the days on Chicago Avenue, (?)
Niggas used to bang for the kicks to slang cain
Hustle and rain pain niggas
Once there was a little brother who ruled across the street with his crew
Fast pacing everyday, facing murder situations
Gang affiliation makes you kill a nation
Take another life a day, smoking, hoping just to get away
Put it in the raw, I'm 'bout to go boom
Y'all can't help but to talk, it's us against the law
That shit backing people off from the gator alley in the whole
I don't know where the hell to go
Cause my life is like a pack of (?)
Having brothers capping, it's a free for all in my motherf*cking hood
And it ain't good, if I got to die for my Flict' then I would
Every day is numbing
If you didn't count your blessings boy then you really should
Until the final tic 9,8,7,6,5,4,3,2,1 out

So much shit on my mind
I can't find the time to free myself from going down
Best to antici-pains and pressure, no lesser than human situations
Erasing, ruin doing time in the mind
Like to wild em' down, bullets flying, mommas crying, niggas lying
Reason for the rhyme let the spirit climb
You thinking different, defending for the real of it
Flic' in this forever, finally letting in Chicago, tear a little
Never on a pedastool, want to jump up off it then let it go
Easy it's about to blow, like how much longer can I go
How many situations before I just go below, catch up with my funeral
Caught up and brought up in it into dimensions
The feeling like I can't take it no more
The mission is dealing with pressure
Pressure is the death certificate and that will get cha'
Wet cha', leave you on a stretcher, I bet cha'
He shook off and looking for shelter
Help a man and give a helping hand, stand by the plan
Struggle the daily double, double trouble the mold
I redoubled the O in the roll, let it go then explode 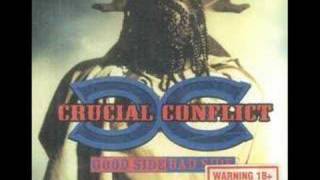