The Hound of Culann,The Hound of Ulster,
He is of the otherworld,
His father is God Lugh Lamheada,
His mother Dectire is mortal.

Culann the smith was holding a feast,
For the Ard Ri Conchobhar,
His mighty Hound had been unleashed,
To guard the fortress' mighty door.

Setanta arrived late at the gates,
He did not know of Culann's Hound,
The Hound attacked and met its fate,
It lay there dead upon the ground.

Culann was nagered when he learned,
His favorite Hound was no more,
But Setanta swore he'd stay at night,
To guard the fortress' mighty door.

His body begins to twist and turn,
His flesh revolves within his skin,
His features turn red one by one,
And the slaying then begins.

He returned to Eamhain Macha,
And threatened to destroy the town,
The naked women were then brought forth,
He then began to calm down,

He fell in love with Emer,
Her father was appalled,
"No warrior shall be with her
unless by Domhnall he is called".

He went to train with Domhnall,
And learned from him all that he could,
You must go and train with Scathach,
He bowed his head and said he would.

Having learned the martial arts he
returned to claim the hand of Emer. Her father he quickly refused,
Cuchulainn showed his battle temper
He entered the fortress and left many
of the warriors dead,
Emer's father killed himself
The two lovers then were wed.
Cuchulainn,The Hound of Culann x3
He is the Son of a God.

Cuchulainn,The Hound of Culann x3
Serpents and Dragons he fought.

Cuchulainn solely defended Ulster,
During the mighty war and tain.
When Medb of Connaught invaded,
He stood his ground despite the pain.
He is called a tragic hero'
With Caladin his Sword,
He killed his best friend Frediad
at the battle of the Ford.

In Cuchulainns final fight,
A javelin was thrown at him,
It sliced his stomach like a knife,
and caused his innards to fall out.

He staggered to a nearby lake,
Where he took a final drink.
A raven who was drinking his blood,
tripped over his intestines.

The hero gave a last great laugh,
and tied himself against a stone,
He faced his enemies standing up,
But he knew his life was quickly going.

For three days the foe were scared,
Until A crow perched on his arm,
An otter began to drink his blood,
"Cuchulainn is Dead",is what they said. 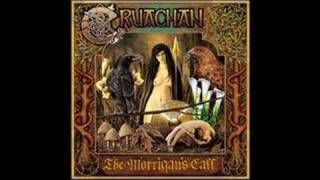