We are intelligent, but we have wars. And no one knows what we're fighting for. We are believers in our leaders. The truth they feed us to calm our fears. We have to fight for what is right. We show our strength, we show our might. The bullshit mongers, the truth they cover. I can't believe that we're killing each other. See the white man destroys the culture. See the government simulate the vulture. Devour the carcass, the land the earth. Don't see the beauty, how much she's worth. The tribal voice they spoke their sounds. This land has value but not in pounds. You cannot sell what you don't own. This is the place that we call home. So the greed machine steps it up a gear. To dominate, control, create fear. They made an empire from stolen land. They took the New World with thieving hands. They buried Indians in unmarked graves. The Africans were forced to be slaves. Indiginous people were slaughtered. Men, women, children were murdered. The desire for a life of wealth. To be richer than anyone else. For the gold that's under the Earth. How much is a human's life worth? Now we're killing each other with chemical weapons and nuclear bombs the size of the sun. We're killing each other with tanks and bullets, see the teenage child with a machine gun. We're killing each other for the love of money. But we don't see for we are blind, we're killing each other for the love of killing and still we call ourselves mankind.
Explain lyrics
Correct lyrics 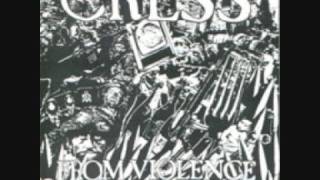 check amazon for Manslaughter mp3 download
these lyrics are submitted by kaan
browse other artists under C:C2C3C4C5C6C7C8C9C10