The End Of The Movie Lyrics

The End Of The Movie Lyrics


[JOSH GROBAN]
So this is the end of the movie
Whoa, whoa, whoa
But real life isn't a movie
No, no, no
You want things to be wrapped up neatly
The way that stories do
You're looking for answers
But answers aren't looking for you
Because life is a gradual series of revelations
That occur over a period of time
It's not some carefully crafted story
It's a mess, and we're all gonna die
If you saw a movie that was like real life
You'd be like, "What the hell was that movie about?
It was really all over the place."
Life doesn't make narrative sense
Nuh-uh

[DARRYL: You don't want to have a baby, do you?
WHITE JOSH: No, I don't think so
DARRYL: What are we gonna do?
WHITE JOSH: I don't know] [JOSH GROBAN]
We tell ourselves that we're in a movie
Whoa, whoa, whoa
Each one of us thinks we've got the starring role
Role, role, role
But the truth is, sometimes you're the lead
And sometimes you're an extra
Just walking by in the background
Like me, Josh Groban!
Because life is a gradual series of revelations
That occur over a period of time
Some things might happen that seem connected
But there's not always a reason or rhyme
People aren't characters. They're complicated
And their choices don't always make sense
That being said, it's really messed-up
That you banged your ex-boyfriend's dad
Oh, never bang your ex-boyfriend's dad 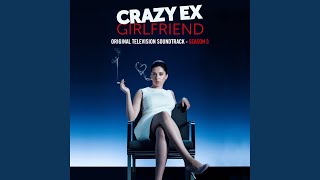 check amazon for The End Of The Movie mp3 download
these lyrics are submitted by BURKUL4
browse other artists under C:C2C3C4C5C6C7C8C9C10
Record Label(s): 2018 MMXVIII CBS Studios Inc and Warner Bros Entertainment Inc
Official lyrics by