What is it that makes me just a little bit queasy?
There's a breeze that makes my breathing not so easy
I've had my lungs checked out with X rays
I've smelled the hospital hallways

Afternoons will be measured out
Measured out, measured with
Coffeespoons ans T.S. Eliot

Maybe if I could do a play-by-playback
I could change the test results that I will get back
I've watched the summer evenings pass by
I've heard the rattle in my bronchi... 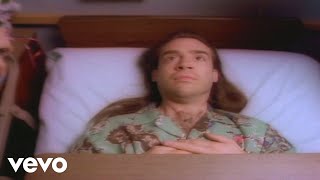