What da f**k's going on inside the biz
Shit ain't raw no more
Fake is how it is
I hear brothers talking 'bout shooting and killing
Then going home and chilling
Frontin' like a villain
Let me tell you something real
Is how the Mack feel,
I ain't no criminal and represent no steel
I tell you one thing though
MC's better walk slow the Mack's on the earth
to let you know
I'm on a mission from the kingdom of God
To do away with MC's dat represent nimrod
You MC's have been too bad,
So where you go now ice ya gonna wish you had
When MC's disappear it's my fault,
It's time to put all the madness to a flying halt
And radio ya need to be ashamed,
For pumping murder, murder, murder all up in
our brain
I'll tell ya now Big Poppa don't like it,
Representing truth when the Mack
starts to mike it
I hope the subject don't turn ya away
But the whole Hip-Hop generation need to pray

Now we all established dat Mack's new king
And the king for his people has to represent the
right thing
Brothers in the ghetto stop genociding
'Cause same boat we riding, will do like the Poseidon
I watched the earth's cheese line get longer, I watch
Allegiance to Satan's army looking stronger
I watched drugs and guns take control
I even watched how the devil take the Black woman's soul
They ain't got respect no more
When your ass on the camera you ain't nothing but a whore
Ladies you need to help out your man,
Instead of frontin' at the club with a drink in your hand
The Black family is now pre-history
And we don't need psychic healing from Dionne Warwick
We all need to be down on our knees beggin' please
Lord help us shake this disease
And MC's don't take these rhymes for no joke,
Craig Mack pen is mightier than the sword
you stroke
So take heed to the words that I send,
'Cause on Judgement Day everey man must attend 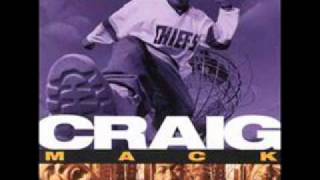