{movie dialogue}
Yeah, well if you're the sheriff, you better get these men underground
Get three coffins ready

[Lil' Nation]
Aiyyo, enter the center for the world that's dark and demented
Rap is like a savage to rhythm because I sent it
to push the bass, down to 808, and deeper
To thump the walls on the house of the Grim Reaper
Yo, pump up the funk level then increase to open dome
Punks and peasants bow to the King on the throne
About to bust like a lunatic, snatch the gauge and the mac
Suckers that wish to overthrow? Step the f*ck back!
This is madness and I'm the head madman
Time for the straightjacket so loosen up the straps and
yo I'ma get dumb, rip this funky continuum in half
Lil' Nation, the C.P.O. psychopath
You can't demolish the pedestal of the ruler
Suckers who be lackin knowledge I guess I got to school ya
Need I remind you of the fact I'm the eradicator
C.P. too radical, Capital Gladiator
Animal out of a cage, cause bars I'm bendin em
Even when the tempo's slow, I swing like a pendulum
Solid for suckers cause I'm a deadly motherf*cker
When your face and my gauge collide
you'll become a victim of homicide

[Lil' Nation]
Check it this is a warning
So you know to step off when I'm on the scene
Forget expected, catch your neck reject on my guillotine
Beware when I rush, your skull I will crush, like a mallet
Cause I'm the "Menace" just like I said in the "Ballad"
No beginners in the posse allowed
So the wack and new jack can snack a pack of Similak
stacked in the crowd
Occupation, alie-n-ation incredible
Swangin when I'm downsteppin repeatin defeat was inevitable
Mistake me for being unarmed but my tongue is like a pistol
Intercontinental Ballstic Missile Fire with the fury, from the rage of an Asian
Obliteratin suckers that battle me, it's fatal to rat on me
For those that requestin relocation NO, permission denied
There's no escapin your fate not even suicide!
Push down the lever on the box, so I can explode
Drop like the bomb that's atomic onto the next load
No, I'm not just an image, I'm the reality
Living incarnation of the dark, side of mortality
A nightmare, brought to life - with the primary purpose
of making you DIE - cause my business is strictly homicide

[Lil' Nation]
The sound in the background, is the melodical rhythm of the Minister
M.C. Ren manufactured the beat symbolic and sinister
But step off, when I flow, listen to intuitions
Kick inhibitions, doin music which enter the C.P.O.
It's a method I kept in my autobiography
like a weapon to deaden the half-steppin that follow me
Before I dismember, burnt to a cinder, blacken they glimmer of hope
and wake em up when they dreamin they dope
I proceed to specialize when I'm hype and demesmerizin the
enemies that attack, then I figure,
that if they should succeed to get any bigger that I'ma have to trigger
Ren, the Ruthless excutioner of niggaz
So, come one, come all, keep your weapons intact
Didn't you know I was steppin with "The Villain in Black"
It's too late, to escape the spot, I'm havin none of it
So when the bass drops, prepare for perils of punishment
It's a thunderstorm, and up your ass I'ma take your victory flag
and.. STICK, you know from the first verse I'm a lunatic
But when it comes to death, I kill to see you die
for the thrill to commit a homicide 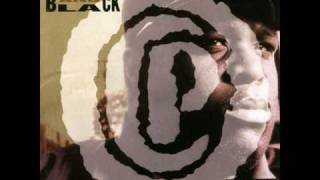