I could see to the mountaintops from the very bottom
I done had niggas eat in front of me when I was starving in the game
But, shit, I had to charge it to the game
Breaking even, do you even have a dollar to your name?
Shit changed, not really, shit hot still
I still get calls like, "Bro, whatshisname just got killed." One thing that remain about life, it gets real
I can't take for granted anything I'm making while I'm here
I done heard that I'm crazy a million times
Ey, you better stop talking like that, I might believe ya
But if you let him get too close, they gon' deceive ya
And I need the shine as much as I need a breather
Before Monda passed, he told me to spit ether
That turned me to a creature
He fighting off all my demons
I can see it when I wake up and right before I'm sleeping
So you, God, and me: the only thing I believe in
Straight up 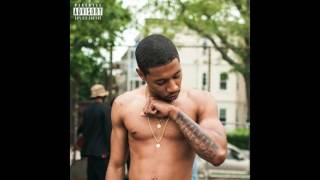