[Verse 1]
Songs for tourists; some from France
They like the ones with weird instruments
Songs for people that I used to know
They send me invites, but I never go
An ode to heavy eyes, too much space
Too much time to think about this awful place

[Verse 2]
I've got nothin' to prove: I ain't nothin' but molecules
I'm doin' nothin' but wastin' words and breakin' my own rules
So I've broken a heart or two, who's to say mine ain't f*cked?
Who's to say I mean anything to anyone?

[Verse 3]
They're throwin' coins in the case, I'm singin' out your name But sayin' the truth out loud, it just ain't the same
We're crossin' state lines, robbin' rich food banks
I tried to call you from a payphone last night in some southern state
An ode to our traveling band whose home is the time it takes
To get from gas stations to the ends of interstates

[Verse 4]
I'm livin' in this sleepin' bag, what city am I in?
I've taken advantage, I miss my best friend
So maybe I've taken you for granted, maybe it's the mind-frame I'm in
None of it means anything if you're alone in the end
Explain lyrics
Correct lyrics 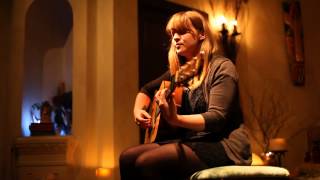