This how it went down...

I had to undergo therapy, not surgery
the nigga wetted me but, he didn't murder me
dun, I survived
he thought that I died
now it's time to throw the nine clip in, mission revenge
once was friends, now that shit's dead
that stupid muthaf*cka shoulda shot me in the head
so I went to Brooklyn and met with Dread
and told Dread, I want the p*ssy clot shot dead
that nigga started a war f*ckin with me yo
hit me with a four-four and jetted with a kilo
he hit me in the chest
lucky I was wearing a vest, but the impact hurt my f*ckin flesh
right after he left, I noticed I was bleeding by my neck
and I was type-scared to death
yo, I blacked out
I woke up, my man had the mac out
said we gonna get the nigga back no doubt
he told me to rest
I seen my nigga standing at the door with a tec
in case a muthaf*cker flex
I told him how the muthaf*ckin kid co-flipped
and he said parlay son, payback's a bitch
yo, shit is real, I feel better word out on the street is that a four-four cant stop Mega
the nigga musta heard I didnt die, son he hidin'
I snatched up his man inside a van and started drivin'
his man started dymin'
said the nigga drivin' in 735 and he knows where to find him
cool, tell my man to drop the kid off
soon as we hit the next darn block, blew his f*ckin wig off
now that's one down, one nigga to go
just drive slow so we dont have to worry 'bout five-o
now it's time to get even,
we in, five jeeps deep with the mad heat and steamin
oh shit, I see him, he gettin out the seven
my man started wetting at the nigga with a mac-11
I specialize in war
now it's time to blow him, I'ma show him how to use a f*ckin four-four
I said "yo son, ya games over"
I let off, and yo my shit was spittin fire like a flamethrower
he started wettin back
I caught him in his f*ckin back
when he flung, I think his lungs collapsed
he just a dead man walking
ay yo, f*ck that shit.... I'm through talking
(gunshot)
Explain lyrics
Correct lyrics 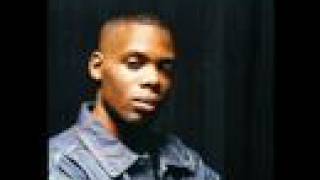