[Verse]
Spray the whip while it sittin' in park
Bullet hit his heart, shit is gettin' dark
And the shooter didn't give it no thought (huh)
He just put a clip in and spark
On foot, dip in the park
Huh, every time I writ in the dark
All my lyrics were sharp like a harpoon, I could kill a shark (woo!)
Every time a nigga drop he sayin' it's for the culture and consider it art
I will rip it apart
One verse, pushin' gelato with my lung first
f*ck a bitch, I'm 'bout a profit, money come first
f*ck a bitch and I ain't stoppin' 'til she come first (huh?)
If it's a problem, bitch, go home and hug ya son first
Hit him in his chest when my gun burst (boom boom!)
f*ck what you did in the streets, bet I done worse
If it ain't 'bout a dollar I don't converse
Shooter got blood thirst
Stab in my back so much, love hurts
I'm probably a target, just for the way we keep winnin'
Like me and Benny, Scottie and Jordan (woo!)
Uh, and I'm highly regarded as one of the hottest to record it
And I didn't jot it, I thought it
Ha, nigga why is you talkin'?
You knew a few shooters, but you was probably extorted, p*ssy
And I'm probably the hardest
My young boy on parole for a gun, he still got it regardless
I don't rap beef, I will slap shit out of an artist
Shottie blow his body out of the orbit (HA!) And that's mission accomplished
These niggas diss then we empty sticks, that's how my niggas responded
Yeah, and that body didn't sit on my conscience
I'm back smokin' wax in Alchemist kitchen sittin' with Bronson
Got a bitch with me I didn't hit with a condom
They forgot I was the illest, I'm fin to remind 'em
See how I'm killin' 'em slime
Without pennin' a line, why you think Eminem signed him, nigga
And we like lemon and lime
That's two different vibes, you got venom inside
Snake nigga, fake nigga, you just slither in hidin'
You would've pulled up if it was really a problem, nigga
Streets know that I'm really a problem
We can't get you then we visit ya mom (HA!)
And nigga you lost ya bet, silencer, screw off the TEC
Hollow tip blew off'll chew off ya flesh
Coke turn ya nose red like Rudolph, the best (HA!)
f*ck ya bulletproof vest, get it blew off ya chest, nigga
(Boom, boom, boom!)
And I am what you call a threat, to y'all
Screw y'all, I will shoot off the sket, through y'all
All the raw I will move off the step, who y'all
Nigga I am what you call a vet, ah (Machine, nigga)

[Outro]
Yeah...
Alchemist
You see how effortless this shit is, nigga
Ha, niggas not f*ckin' with me on a day
Nobody, this shit is easy nigga
Haha.. yeah...
Explain lyrics
Correct lyrics 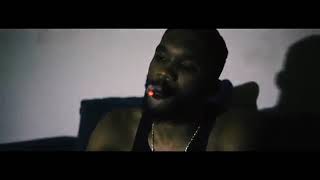 check amazon for OverDose mp3 download
these lyrics are submitted by itunes3
browse other artists under C:C2C3C4C5C6C7C8C9C10
Record Label(s): 2019 Conway the Machine
Official lyrics by