Many people have stopped eating cows, pigs, chickens, sheep, eggs, and milk
For health reasons, environmental reasons, and ethical reasons, yet the existence and fate of fishes and animals from the ocean are still excluded from this discussion
It is not because the numbers slaughtered are too few to be noticed. Perhaps it is because they dwell in a realm out of view to us in the seeming silence and darkness of the sea. Yet, we remain oblivious to the ruin we inflict

For thousands of years, the seas has provided food for humans, but they cannot withstand human overpopulation, selfishness, and technological power. The US demand for fish has grown by one-fourth in the last eight years. At its present rate, fishing will soon bleed the oceans to death

Few people who sit down to a plate of salmon, swordfish or tuna ever consider how these animals were caught, their suffering, or the ecological devastation caused by commercial fishing techniques. The harvesting machines suck fish from the sea in huge gulps. It sucks up anything in its path. It rips and shreds bigger fish into little pieces. Silently under the waves it roars insatiably insanely. Nets inflict the worst destruction. Nets entangle everything they encounter, enveloping and killings billions of sea creatures. Drift nets, forty miles wide, furl out across the flowing, silent world and kill all they touch. Half to two-thirds of the dead and dying animals are tossed back into the sea. Lost nets, called 'ghost nets,' wander on, killing without purpose The Sea Shepherd Conservation Society estimates that drift netting kills 30,000 Dall's porpoise, 50,00 0northern fur seals, over a million seabirds, and an unknown number of dolphins and sea turtles every year

Driven by profit, the fishing industry wages war on all animals it sees as competitors. Albatross and pelicans are shot on sight. Orcas are killed by the hundreds with guns and explosives. Thousands of sea lions are clubbed and shot off the pacific coast each year. Hundreds of thousands of seal are slaughtered all over the world. Over three million sharks are clubbed and hooked. The slow-moving gentle Beluga whale has been harpooned nearly to extinction
All for the commercial fishing industry

Over the last decade, scientists have warned that fish stocks have been decimated by overfishing throughout the world. If the killing continues, our lifetime will witness the desolation of the great world ocean, the last illusion of an inexhaustible world, of infinite commodities to be taken and consumed

We see the surface of the sea, and ignore the devastation of the hidden world that upholds life on earth. We must look into the depths of the waters and understand the delicate ecosystem, the intricate web of life of the ocean

Human beings must safeguard the seen and unseen together. If we follow our same blind path, we fail to see oceans and all their inhabitants as our origin, our element, and part of ourselves, we will also soon disappear silently into the ocean of space
Explain lyrics
Correct lyrics 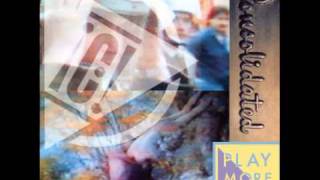