Check one, check two, check - three
That's about as many checks as they have for me
So I made shorty go and shake her ass for me
Now she wonder why, I be takin half her fee
And she lookin like, is this how it has to be?
So I guess that I replied with the mack in me
And told her 'less you wanna see a, catastrophe
You better get up on that pole where that cash'll be
And we can make 'em spend the dough and hit the cash
machine
It's no different than the old when you catchin fiends
Or the dollar cat you rolled when you stepped through
Queens
So I made her change her clothes for the next two
scenes
Now she "Dancing With the Stars" like Master P
And I almost had to shoot her like Cassidy
Cause do you know that she had the audacity
To let the next man take what's in her tassle piece,
but now

[Consequence:]
I guess I'm here to tell you how the party got set off
Grindin on the wall and I had to wipe the sweat off
Next thing you know a couple guns got let off
Everybody buggin and the getaway sped off
They said it was a Blood so they took all they red off
But all the fellas at the dice game called they bet off
Cause like a basketball team that gets to cut the net
off
Niggaz that's fiendin that's exactly what they set off
'Til they found out that they names got read off
Cause the police had to take Hempstead off
Didn't matter though cause the lawyers got Ted off
With too much evidence, couldn't get Fred off
And once he found, that his girl sucked Ed off
He-a told Ted to tell Ed to take his head off
But that ain't matter to him, cause he was gettin bread
off
Pumpin out her crib until the other called dread off
And once he came by and saw the sheets from her bed off
That's when he realized she had also hit the dread off
To Ted, the dread, Ed, and Fred
All looked at each other in astonishment and said 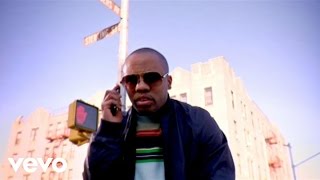