Reaching our world in search of a beginning, they start
By harvesting the human race for the rebirth of this planet.
Raised up into a war filled sky by an unknown race.

Ignorant to their fate, the human population fights this oncoming threat.
Terror and destruction is all that the earth has become.

People slaughtered by the thousands in machines unknown to man. Their
Pureed flesh, bone, and blood showered across the lands.

Spreading the flesh across the world. They have brought our world's end. 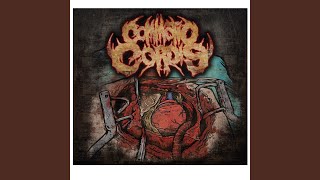